The Duchess of Cambridge has entered The Chelsea flower show, inspired by the Japanese idea of ‘forest bathing’. Sarah Ivens reveals how escaping oppressive city life and taking a walk in the woods can benefit our health 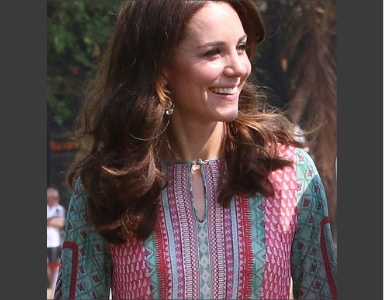 This year the Duchess of Cambridge has entered The Chelsea Flower Show for the first time. The Duchess will be creating a woodland wonderland for families based on her own childhood memories, hoping to create ‘special moments’ for generations to share.

The Duchess of Cambridge’s woodland wonderland has been partly inspired by the Japanese idea of ‘forest bathing’.

The powerful and of-the-moment movement of shinrin-yoku, or ‘forest bathing’ as we call it in the UK, began in the 1980s in Japan. Their government spent time and money on research into the multitude of benefits of spending time in nature, and more specifically the forest. They set up a public health initiative to get people outside when they realised just how significant the benefits were. 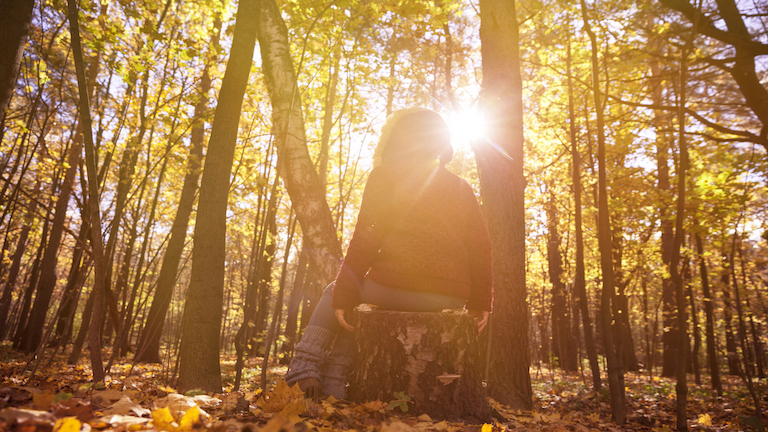 It was in Japan, when I was 34 years old, that a knowledgeable guide saw my tired, morose self and told me about the idea. I realised what I knew all along – I needed to get back into the great outdoors, wiggle my toes in the grass and breathe fresh air deeply again. I’ve never looked back.

But it turns out, shinrin-yoku, forest bathing, or friluftsliv (as this fresh-air-life philosophy is called in Norway), doesn’t just feel good in the short-term, it has long term medical, mental and physical benefits too.

When I was a child, trying to understand my parents’ divorce or forget about bullies in the school playground, I found solace in the green spaces around my London home. I’d naturally seek peace and quiet, and use free time to explore and create in the nearby forest or by a pond I frequented with my grandmother.

Then as an adult, I shut myself into grey offices, Underground tunnels and smoky bars, staring at my phone. My green spirit turned into a dull charcoal and I let stress and lethargy get the better of me.

We all seem to be obsessed with the ‘mental overload’ of modern living but we don’t know how to reduce it. We’re saying yes too often, taking on too much, then thinking about everything too deeply. We are sweating the small stuff and it’s exhausting.

The good news is that research published in the Journal of Environmental Psychology shows that being exposed to restorative environments such as a forest, lake or beach, restores mental energy, and that natural beauty inspires feelings of awe, which gives a secondary brain boost. Short-term memory also improves after a break in the great outdoors.

Read More:  Reasons Why You Should Consider Removal of Wisdom Teeth Wilmington DE

In a study set up by the University of Michigan, participants were given a memory test then split into two groups and sent for a walk. On returning to re-sit the exam, the group who were sent for a walk around an arboretum did 20% better second time round, while the participants who walked a city street showed no improvement. Nature for the win!

Fresh ideas and new perspectives come quicker to me in the open air and now I have a few clues as to why. Environmental psychologists at the University of Michigan discovered that looking at these soft, natural wonders allowed the brain to recuperate, recover and rest after coping with the manmade assaults of modern living, then gave it a fresh approach to problems. 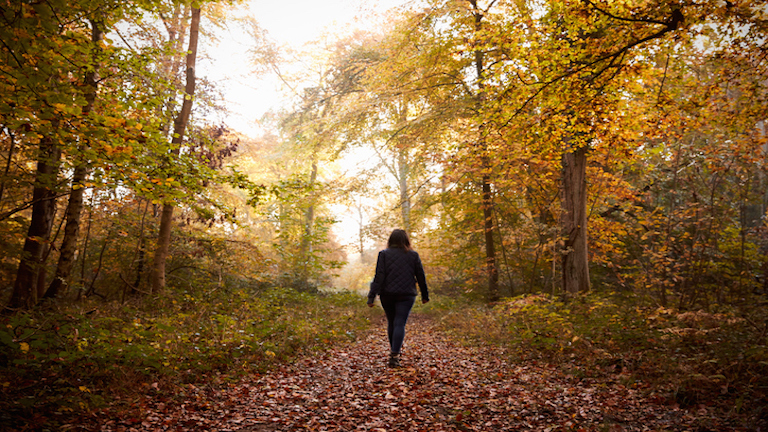 The brain in nature is more open to reflect, daydream and wander, which boosts creativity. The psychologists noted that the benefits of spending time in nature even lasted for a while after heading back indoors. So, a stroll in a park before an important brainstorming meeting could be something to think about.

Another study published in the Public Library of Science journal, discovered that people immersed in nature for four days boosted their results in a creative problem-solving test by 50%. This sugges a positive correlation between the great outdoors and creativity, yet they also cited a decrease in exposure to technology over those four days as a possible benefit in the test result.

I remember the release I felt when I blew away cobwebs of my self-obsessed brain and stepped into something greater than my own worries and insecurities as an angst-ridden teen. A chat with a friend during a walk in the forest that backed onto my childhood home or a solo stroll along the briny sand dunes of Norfolk on our annual family holiday, allowed me time to process problems, sending my doldrums up to the sky and out to the North Sea.

This is a practice we should continue throughout our lives, research shows. A study in Environmental Science and Technology found a link between decreased anxiety and bad moods with walks in the woods, while another reported that taking a walk outdoors should be prescribed by doctors as a supplement to existing treatments for depressive disorders.

The Journal of Affective Disorders released analysis that declared how every green, natural environment (not just forests) improved mood and self-esteem, a crucial element for personal happiness. Additionally, the presence of water – a lake, a river, the ocean – made the positive effects on happiness even more noticeable.

An international conglomerate of scientists asked 31,000 Toronto residents to fill out a questionnaire about their health and found those living on tree-lined city blocks had a boost in heart and metabolic health compared with those who lived on a more bare and brutal block.

Read More:  In the US COVID-19 Pandemic, A Tension Between the Fiscal and the Physical

Being in a whirl of phytoncides, with the cellular activity it promotes, can also provide a general boost to the immune system, helping to fight off flus, coughs and colds, claims a paper in the journal of Environmental Health and Preventative Medicine, although more research is needed into the relationship between the trees and us.

A study has also revealed how patients heal faster from surgery if they’re given a green, natural view from their hospital bed. University of Pittsburgh researchers reported that spinal surgery patients exposed to natural light felt less stress, pain and took fewer pain medications than those patients who weren’t. This feeds into an earlier study that showed faster recovery times for those in a hospital room with a view of trees rather than a brick wall.

Studies show that although you don’t need to be outside to be active, walking on a treadmill for three miles will burn the same number of calories as walking a forest trail for three miles, your body and brain reports extra boosts from moving your workout from a manmade gym to a natural one. 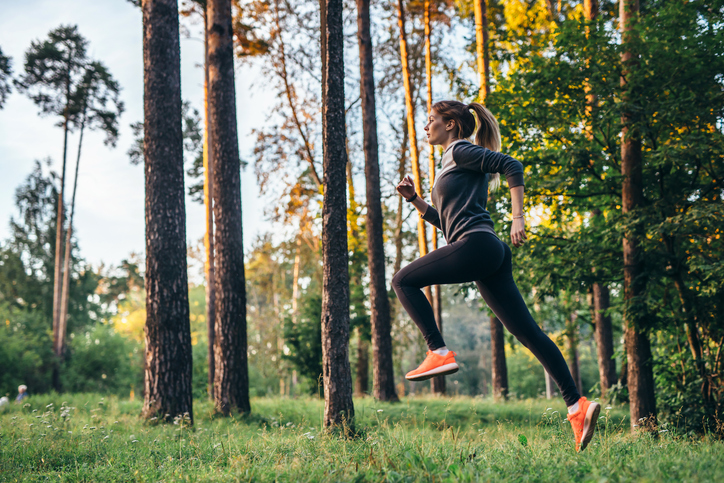 British researchers studied 1,000 British children using accelerators and positioning devices and found that children were twice as active outdoors than indoors, nature puts an extra spring in our step. The best thing about exercising outdoors is of course that it often doesn’t feel like exercise, which makes it more sustainable as a way of life rather than just a passing fad in a bid to lose weight.

A power walk around a local park with a friend, checking out the changing seasons as you march under canopies of trees, fresh air pumping up your tired skin, is more invigorating, social and interesting than solo time, watching the clock obsessively as air conditioning blows in your face.

And breathe… nature is a wondrous soother. Many studies show both exercising in forests – or even just sitting in one – reduces blood pressure and decreases the stress-related hormones cortisol and adrenaline, which helps us to calm down.

Whose eyes haven’t felt rested when they’re taken off a blinking screen for a few minutes?

A study from the Scandinavian Journal of Forest Research found that students who were sent into a forest to camp for two days returned with significantly lower levels of cortisol in their system than those who had stayed in the city. Researchers at Environmental Health and Preventative Medicine had similar results, noting that both cortisol levels and heart rate decreased for people spending time away from a city environment and in a place of forest therapy.

Carrots aren’t the only natural thing to help your vision, studies show. Common sense tells us it’s good to get away from the glare of a computer screen but there could be more to it than that.

An Australian study looked at 2,000 children over a period of two years and found those who spent more time outdoors had a reduced risk of developing nearsightedness (myopia). In Taiwan researchers looked at two neighbouring schools with comparable levels of myopia. Over the period of a year, one school was encouraged to play outside more. 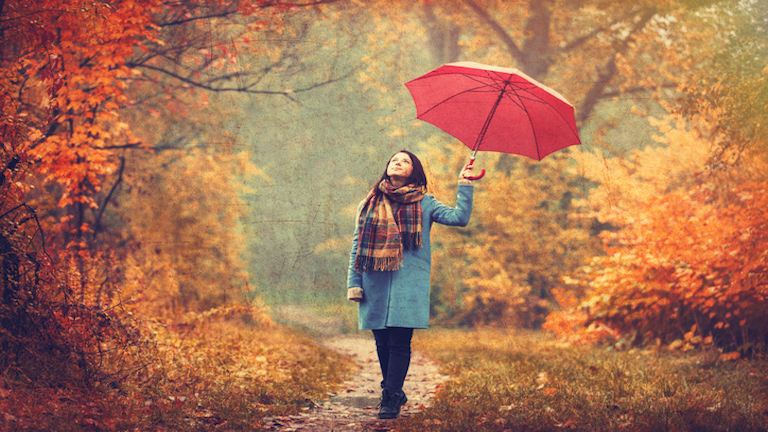 The results? Testing the children after 12 months, the data revealed the outdoor kids had a rate of myopia of 8.41%, compared to 17.65% in the indoor kids. Both of these studies were published in the Ophthalmology journal and although focusing on children, they do show a link between the protective effect of outdoor activity on eyesight. Whose eyes haven’t felt rested when they’re taken off a blinking screen for a few minutes?

#8 Increased ability to cope with pain

A report by the King’s Fund, commissioned by the National Garden’s Scheme, has revealed how being outdoors, and gardening specifically, offers the ill and unwell a myriad of physical and psychological benefits as well as natural pain relief.

Horticultural Therapy really is a thing. Evidence from clinical trials show how it can help those with arthritis. For example, the rhythmic turning and twisting of weeding, alleviates discomfort and stiffness.

Thrive, a British charity that encourages gardening to help people living with illness or disabilities, offers programs of Horticultural Therapy to people dealing with a variety of health issues, including activities for people with dementia designed to help with positive reminiscence, reconnecting with others and gentle exercise. 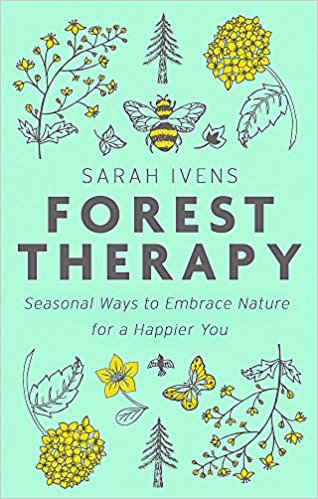 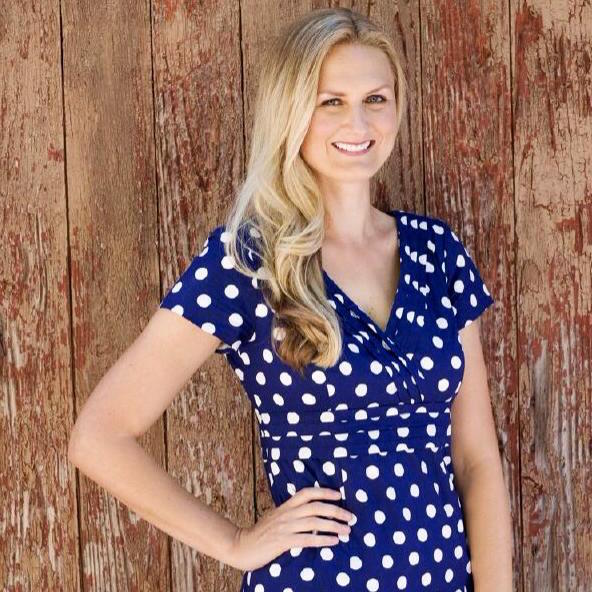 Sarah Ivens, Phd, is a certified life coach and bestselling author. From London, she now lives in Austin, Texas with her husband Russell and two children William, 6, and Matilda, 4.

5 breathing exercises for every type of stressed out

What to eat for stress