It has never been more expensive to fuel up like an inter-county star.

Amateur athletes are eating like professional sports stars – and it all adds up when it comes to the weekly shop.

Players spend anywhere between €125-150 per week to tick all the boxes marked out by nutritional experts employed by each county.

To this end, they are entitled to a €20 weekly allowance, which is paid directly from the GAA to county boards.

Last year, GAA president John Horan spoke in Abu Dhabi about how ongoing negotiations between Croke Park and the GPA had hit a “roadblock.”

One reason for the impasse is thought to be the nutritional allowance.

Fitter Happier has spoken to Clare stars Podge Collins and John Conlon to discuss what it takes to fuel the best of the best in the GAA.

Podge outlines the amount of food he must eat on a daily basis to hit peak performance, John talks about the influence that players have within their community. 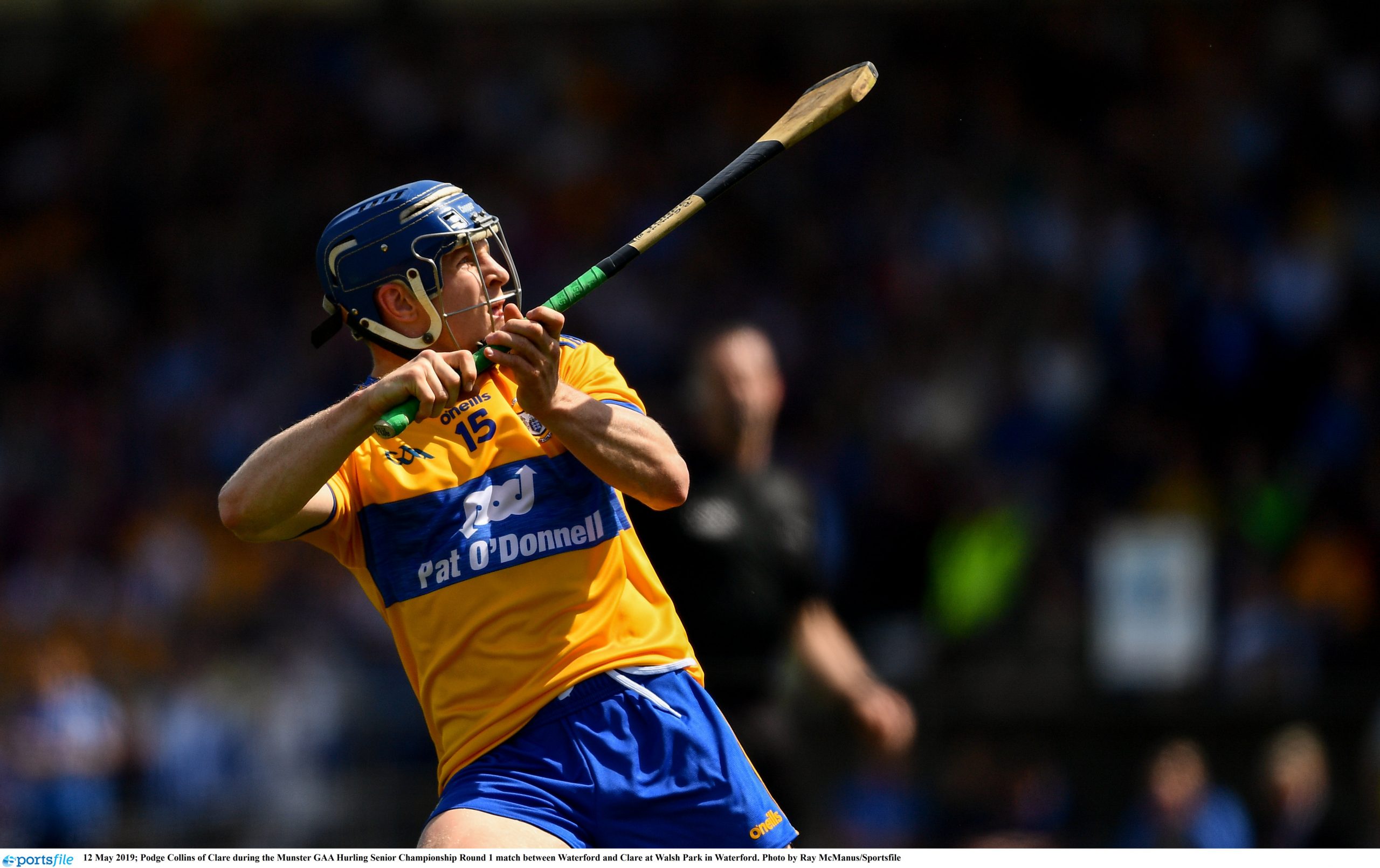 12 May 2019; Podge Collins of Clare during the Munster GAA Hurling Senior Championship Round 1 match between Waterford and Clare at Walsh Park in Waterford. Photo by Ray McManus/Sportsfile

Podge COLLINS loves the fact that, as an amateur player, he must train and eat like his professional football and rugby counterparts.

The 28-year-old consumes a whopping 3,500 calories on training days – and that doesn’t come cheap.

He told Fitter Happier: “The cost has been increasing year on year for the last 10 or 15 years, I suppose.

“As far as I am concerned, there is no negativity to that side of things in the sense that everyone is eating healthier.

Read More:  This Is How Takkies Got Her Body Back So Soon After She Had A Baby

“Things have gone so professional from a training, strength and conditioning, and nutritional point of view.”

Collins was so interested in nutrition that he did a year-long course last year.

“I wanted to educate myself as it was something I always found interesting, it’s an aspect of sport that I enjoy,” he said.

“When I was younger I was cramping a lot in games, yet I was fine in fitness tests, so I was trying to get my head around that.

“You might be eating healthy, but without your diet being analysed you might not see where there are deficiencies or where supplements could be needed.

As for the cost of keeping up with the latest nutritional advice, he said: “Our nutritionist is there to help 30-plus players perform to an optimal level.

“In order to achieve that there is a cost involved.

“Looking at people in my age group, I don’t think their weekly shop would be as expensive as a GAA player’s.

“But between lunches on the go and everything like that, my average weekly spend on food alone would be around €150.” 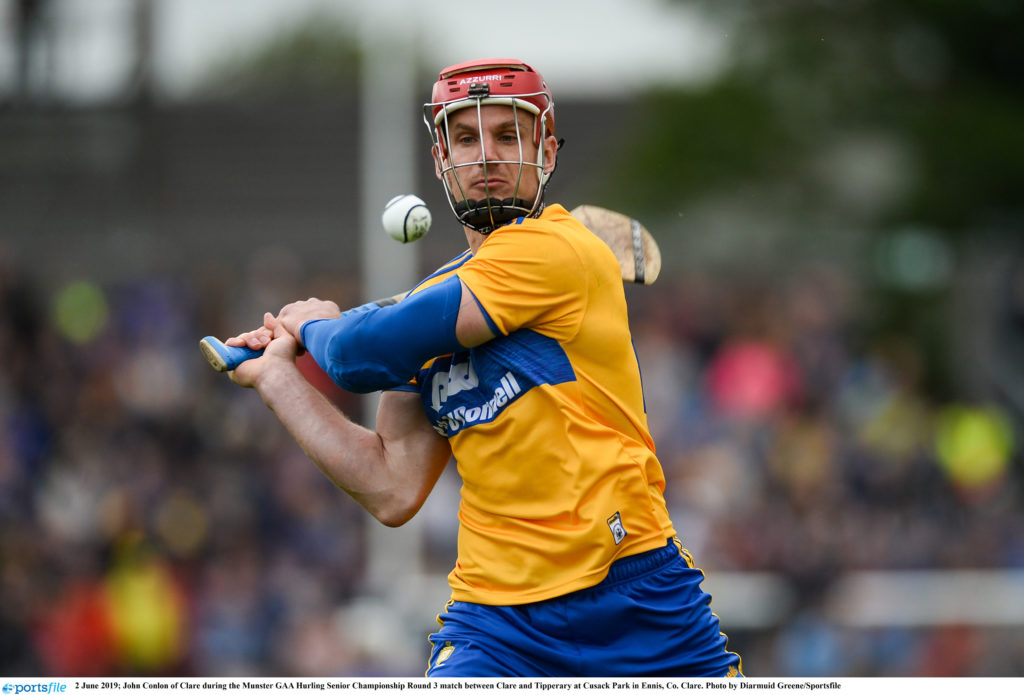 2 June 2019; John Conlon of Clare during the Munster GAA Hurling Senior Championship Round 3 match between Clare and Tipperary at Cusack Park in Ennis, Co. Clare. Photo by Diarmuid Greene/Sportsfile

John Conlon doesn’t want the GAA to lose its amateur ethos, so he understands that a balance must be struck.

But he also knows how important it is for players to be the best role models possible – both on AND off the pitch.

“I understand that the GAA is trying to fund a lot of different things and I am big into sustaining amateurism within the sport,” he said.

“At inter-county level, which is where all players strive to play, all you want is to be the best player possible.

“I think the GAA has to help those players as much as possible, to make it sustainable for players and to make sure no one is out of pocket.

“We have to strike that balance and make sure players are minded, and that we still have the best game possible.

“This is a unique organisation and our games are so unique and fantastic to watch.

“We are lucky with what we have as a product and we have to make sure that we keep developing our games.”

A 31-year-old primary school teacher, Conlon is aware of his position as a role model both within his family and his work environment.

“My girlfriend’s nephew is nine, going on 10. A few years ago he had no real interest in hurling,” he said.

“But two years ago, when we got to the All-Ireland semi-final, his interest really grew that summer. Now he’s practicing every single day.

“We were at a family dinner a while back and the veg was being passed around.

“I was sitting beside him and once he saw me take some more, he said he’d have more broccoli and carrots.

“Children look up to role models and we are lucky in the GAA to have a really authentic organisation.

“As a primary school teacher I work with children to help give them a full understanding of nutrition and how the body works.

“This is a big issue in school, with childhood obesity and with children not doing the kind of activities that we would have done when we were younger.”

Conlon added: “As a GAA community we have to make sure the game is sustainable, that players are looked after as much as possible now that demands are greater than ever.”

Here’s how Clare ace Podge Collins manages to get through 3,500 calories worth of food on a typical training day.
The 28-year-old, who consumes an incredible amount of grub to hit his nutritional targets, has given us an example of what’s on a typical daily menu.

BREAKFAST: “I would have a bowl of overnight oats with berries, nuts, peanut butter and seeds, such as chia seeds and flax seeds.”

SNACK 1: “Around an hour-and-a-half after breakfast I’d have an apple and Glenisk protein yoghurt, with some porridge bread.”

LUNCH: “I’d eat a good bit on the road. If I don’t bring something with me, there are a couple of healthy places in Galway where I’d grab something – Kai or The Kitchen.

“Yesterday I had baked salmon with stir fried vegetables and rice.”

SNACK 2: “At around three o’clock I’d have two filled egg muffins, made the night before.

“It’s basically eggs baked in a baking tray with broccoli, tomato and salmon. It’s quick and easy to make and I’d also have a tin of John West tuna with that.”

PRE-TRAINING: “I’d leave work at half-five and on the way I’d have mixed nuts and a banana.”

POST TRAINING: “Last night I had lasagne with grilled vegetables – asparagus and courgettes.”

BEFORE BED: “I’d have a protein shake – milk, some juice, creative and protein.”

Get more sport & entertainment news! Sign up to our newsletter!: