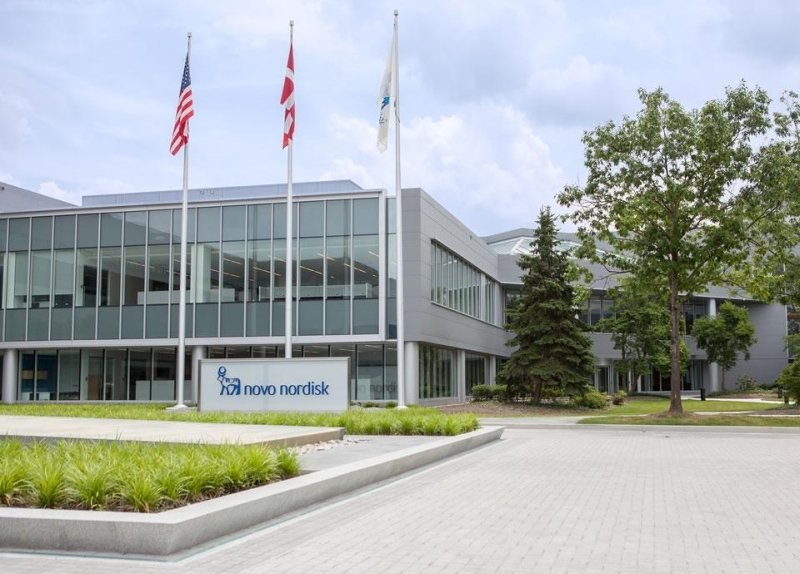 Novo Nordisk’s semaglutide franchise has taken off in a big way. Type 2 diabetes med Ozempic smashed the blockbuster barrier in 2019, the same year the company launched its oral option, Rybelsus. Now, the Danish diabetes major is touting data on a higher-dose prospect.

In a late-stage trial, Ozempic 2 mg trumped its 1-mg predecessor on blood sugar reduction—and that’s just the tip of the iceberg. The higher dose also helped patients lose more weight when taken as directed, and, importantly, showed side effects on par with Ozempic 1 mg—something analysts have flagged as a potential drawback to higher GLP-1 doses. All in all, the data bode well for Ozempic 2 mg’s application at the FDA, which Novo re-submitted in May.

Ozempic, also known as semaglutide, already comes in 0.5 mg and 1 mg doses injected weekly. Novo also markets an oral counterpart, Rybelsus, which is on the ascent after some early pandemic turbulence. As for where Ozempic 2 mg fits into the equation, “it goes back to the right medication for the right patient,” said Michael Radin, M.D., executive director of the diabetes cardio renal medical director team in medical affairs at Novo Nordisk.

“It gives patients who are already on say, the 1-mg dose of Ozempic, who maybe still need a little bit of additional glycemic control, an opportunity to get there,” he said in an interview.

In the 961-patient study, higher-dose Ozempic patients saw A1C reduction of 2.2% after 40 weeks of treatment versus a 1.9% reduction in the 1 mg Ozempic arm.

Meanwhile, subgroup analyses after the study wrapped showed that Ozempic 2 mg topped the lower dose in patients across a range of baseline blood sugar levels. Patients who came into the study with a mean A1C of less than 9% saw a 1.9% reduction on the higher dose, compared to a 1.7% reduction in the 1-mg arm. And patients with baseline A1C of at least 9% saw reductions of 2.6%, versus 2.3% among patients on the lower dose.

The study compared 1- and 2-mg Ozempic as an add-on to metformin with or without sulfa drugs. The primary results are set for publication in The Lancet Diabetes & Endocrinology.

“Those better efficacy results did not come at a cost of greater adverse events,” Radin pointed out.

Side effect rates were similar across both doses, with the most common being GI-related, such as nausea, diarrhea and vomiting. That should play in higher-dose Ozempic’s favor; if it’s approved, the 2 mg dose will come up against Lilly’s GLP-1 rival Trulicity and, potentially, its dual-action contender tirzepatide.

Lilly recently posted Ozempic-topping data in a head-to-head with its dual GIP/GLP-1 agonist tirzepatide, which bested Novo’s drug at all three doses tested. The trial pitted 5-, 10- and 15-mg tirzepatide against Ozempic 1 mg, but not the 2 mg dose that’s now at the FDA’s desk. While the difference wasn’t “jaw-dropping”, 5 mg tirzepatide sets “a bit better efficacy/side-effect benefit” than the lower Ozempic dose, Bernstein analyst Ronny Gal wrote in a note to clients in March.

Read More:  Can you have just one migraine

At the time, Gal pegged 1-mg Ozempic and 5-mg tirzepatide as the “workhorse” doses of the drugs, predicting most patients would stick to the lower doses because of increased side effects on the stronger regimens.

In another set of phase 3 trials for tirzepatide, dubbed SURPASS-3 and SURPASS-5, the drug drove down blood sugar levels and body weight at all three strengths, but side effects like nausea were more pronounced on the stronger doses, Gal noted at the time, adding that patients’ failure to stick to their treatments is a major problem in diabetes care.

In Sustain Forte, rates of nausea, which Radin flagged as one of the biggest side effect burdens for patients on these drugs, were below 15% for both Ozempic doses tested. The percentage of patients who had to stop treatment because of GI side effects was around 3% in each group, he said.

For its part, Novo doesn’t seem too concerned about Lilly’s dual-action prospect. “We welcome that there’s more options out there to treat patients,” Radin said. The company’s semaglutide franchise has plenty to offer, he added.

“With now multiple doses of Ozempic to choose from, [and] with Rybelsus on the market, it really gives the opportunity to individualize care for patients, so that the right patient gets the right medication, the right dose, the right formulation,” he said.

The other ace up Ozempic’s sleeve is its approval to reduce the risk of cardiovascular events in diabetes patients with an established heart condition, he said. Lilly hopes to earn that distinction for tirzepatide with its phase 3 SURPASS-CVOT trial. The study is comparing the drug to Trulicity, which also boasts an FDA approval to improve CV outcomes.

Thanks to a suite of impressive data over the past few years, diabetes care has “changed so much,” Radin said. Up until meds like Eli Lilly and Boehringer Ingelheim’s Jardiance and Novo’s Ozempic predecessor Victoza hit the scene, diabetes drugs were approved based on their ability to lower A1C, he said. That’s still “extremely important,” but now there’s a wealth of outcomes trials that show therapies can improve glycemic control, help patients lose weight and fend off cardiovascular episodes like heart attacks and strokes.

Now that the bar has been “set higher,” to hear Radin tell it, “It’s not good enough to just lower A1C. What can you do for the patient in terms of the hard outcomes that cause morbidity and mortality in them?”

Eighty-five percent of Type 2 diabetes patients also struggle with their weight, and cardiovascular death remains the leading cause of mortality for those same patients, he said, making those weight-loss and CV benefits all the more vital.