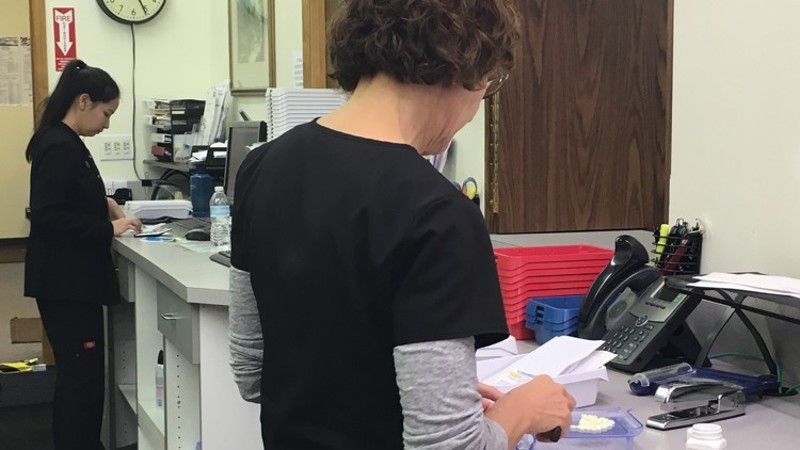 Pharmacy benefit managers, or PBMs, act as middlemen between pharmacies, drug manufacturers, health insurance plans, and consumers for access to prescription drugs. The brief argues that regulation of PBMs is a matter for state authority in protecting the access to and affordability of prescription drugs.

“States’ experience has been that improving transparency in drug pricing requires regulation of PBMs,” the brief says. “Unlike other actors in the drug market, PBMs feature in almost all of the key transactions that drive the price of a drug. PBMs also face incentives that often do not align with patients’ interest in obtaining prescription drugs at reasonable cost.”

In July, DeWine put PBMs “on notice” that major litigation could be filed in response to them taking too large of a cut of the tax money they manage for the state via Medicaid. That statement came a month after a report showed PBMs made $ 223.7 million from Ohio Medicaid in 2017.

The Dayton Daily News has done significant reporting over the past two years on the large role PBMs have in the prescription drug market, which the brief reiterates.

The brief highlights media reports and research studies of the PBM system that show how the companies benefit from higher list prices on drugs, limit access to certain drugs via formularies that list which drugs health plans cover, control the market in favor of their in-house pharmacy businesses, and are pushing rural and independent pharmacies out of the market.

Read More:  What Is Alcoholism Clinic?

“A clear majority of states have enacted legislation to address PBM conduct. Some laws aim to combat self-dealing or other anti-competitive practices, either by imposing fiduciary duties or requiring disclosure of potential conflicts of interest,” the brief says.

The case in question involves a 2015 law passed in Arkansas that regulated PBMs by setting standards for generic drug prices. Under the law, PBMs must raise their reimbursement rate for a drug if that rate falls below the pharmacy’s wholesale costs.

It was challenged by the Pharmaceutical Care Management Association, which argued that the Employee Retirement Income Security Act (ERISA) prevents the State of Arkansas from implementing the law. Arkansas has asked the Supreme Court to hear the case.

VIDEO: How do drug prices get set?

The attorneys general argue in Wednesday’s filing that state laws regulating pharmacy benefit managers are not restricted by federal law and regulation is critical to the states’ ability to improve the transparency of prescription drug marketplaces and to protect consumers’ access to affordable prescription drugs, especially those in underserved, rural and isolated communities.

High cost of prescriptions puts some drugs out of reach