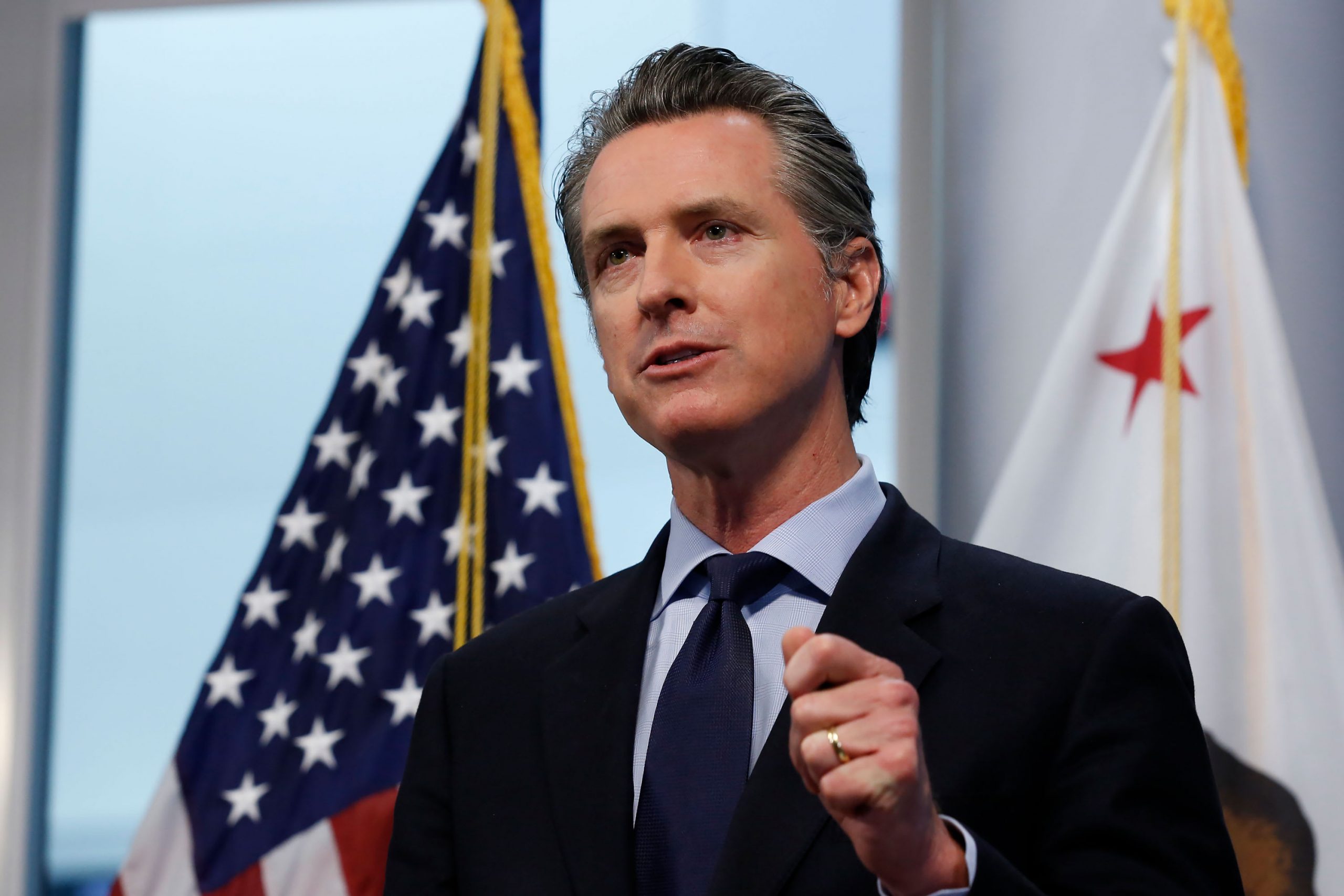 California Gov. Gavin Newsom announced that 150 hotels have agreed to give deep discounts to health care workers logging long hours in hospitals while dealing with coronavirus outbreak, during his daily news briefing at the Governor’s Office of Emergency Services in Rancho Cordova, Calif. Thursday, April 9, 2020.

California Gov. Gavin Newsom said Friday that the state is “days, not weeks” away from making significant modifications to its shelter-in-place order and could begin reopening parts of the country’s largest state economy.

“I feel some confidence over the course of the next week we’re going to be able to make some announcements that will give people some more confidence in the ability for California to get back on its economic feet,” Newsom said.

Newsom said state officials are “very, very close to making some announcements” that will be very meaningful to people in the retail and hospitality industries, including restaurants, although modifications will be in place.

“If we can hold the line and continue to do good work and just avoid the temptation to get back and congregate with people in ways where we can see an increase in the spread, we’ll get there much sooner than many people perhaps think,” Newsom said.

He cautioned, however, that the state could set its progress in fighting the outbreak back if people congregate and don’t adhere to social distancing guidelines, referencing those who congregated on the state’s beaches last weekend.

Newsom said ICU numbers were flat on Thursday and hospitalizations have gone down slightly, too. A bigger decrease: Patients who are in the hospital who are believed to have Covid-19 but haven’t received results are down 14%. He said, however, that the state now has more than 50,000 Covid-19 and more than 2,000 people have died.

On Thursday, Newsom said he planned to close state and local beaches in Orange County, calling the images of huge crowds that occupied the beaches over the weekend “disturbing.”

Orange County officials pushed back on the order later on Thursday. The city councils for both Huntington Beach and Dana Point voted that evening to take legal action against Newsom’s order to close the county’s state and local beaches. Massive crowds also gathered in Huntington Beach on Friday to protest the order.

Newsom said he was not surprised by the lawsuits and that he has confidence in local law enforcement to carry out the order. He added that if huge crowds don’t descend on the beaches this weekend, then officials could be in a position as early as Monday or Tuesday to “make some announcements of new strategies and partnerships”to address the large crowds.