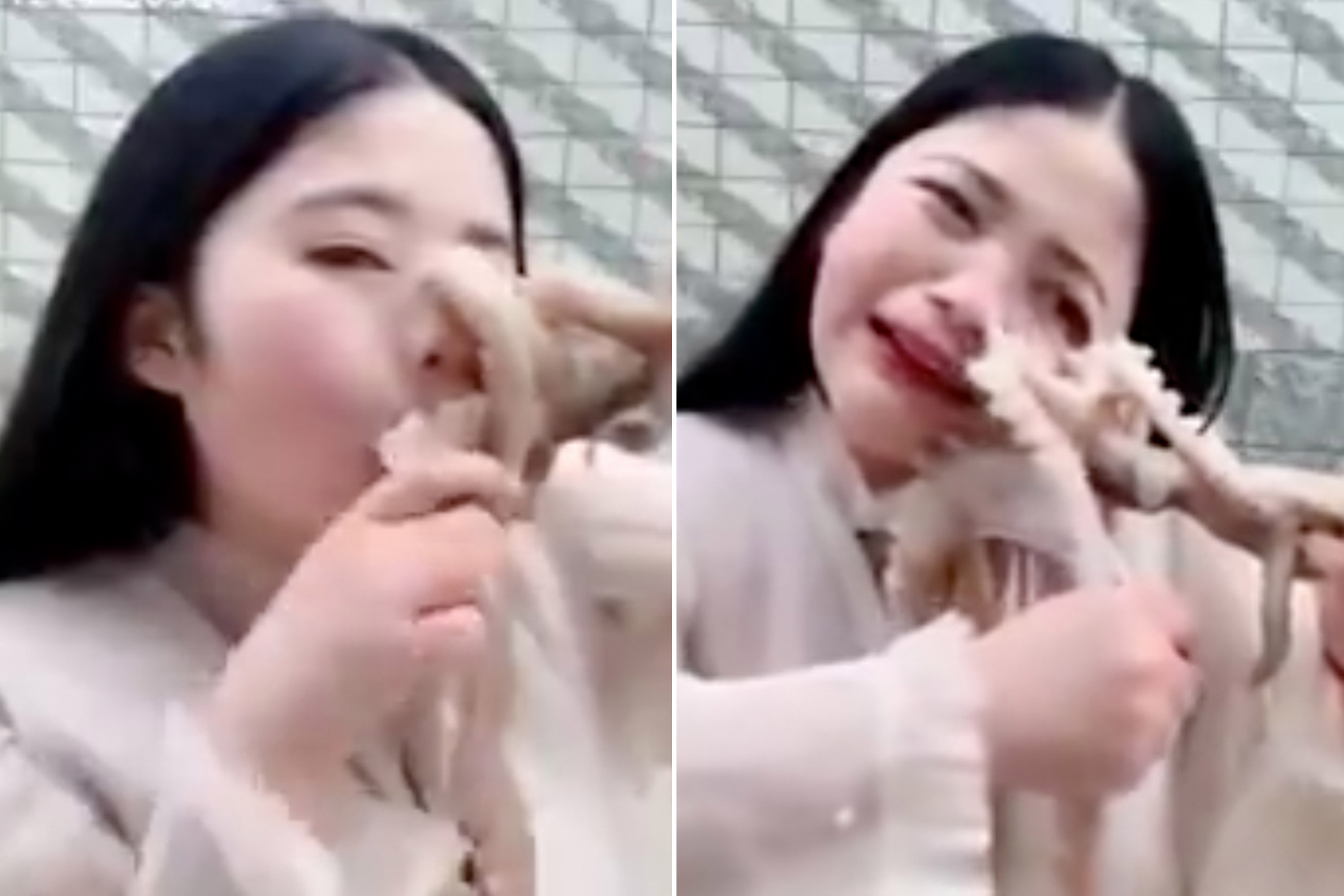 A Chinese vlogger found out the hard way that trying to eat a live octopus can really suck.

The seafood lover – who is known as “seaside girl Little Seven” and shares videos on the Chinese platform Kuaishou — tried to devour the wriggling cephalopod, but it had other ideas, according to Metro UK.

She begins screaming in the 50-second clip as the ill-tempered Squidward-wannabe of SpongeBob SquarePants fame puts up a fight that leaves her in pain.

“I can’t remove it!” she cries out as she tries to pry a tentacle from her upper lip. “Look how hard it’s sucking!”

Once she removes the octopus, which left a small, bloody wound on her cheek, she declares that ‘I’ll eat it in the next video.”

“My face is disfigured,” she says.

One social media user said the young woman deserved what she got.

Another added: “An eye for an eye, a tooth for a tooth.”

Read More:  How to help yourself live longer