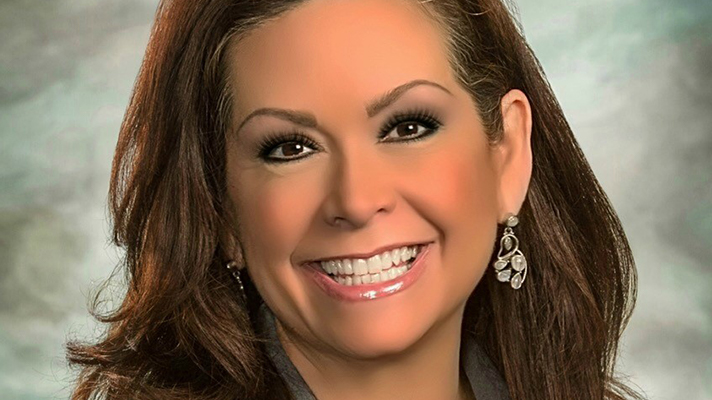 Deborah Vancleave, vice president of Revenue Cycle at Mosaic Life Care in St. Joseph Missouri, said that when she started in the healthcare industry 35 years ago, she and others in the office used IBM Selectric typewriters.

Fast-forward to today’s advances in artificial intelligence, she said. Not only was the technology not there when Vancleave began, college-level training was practically non-existent.

“Back then,” she said, “healthcare careers were more of a default than a choice. In the 1980s, there was no such thing as a college degree for healthcare administration.”

Armed with a degree in public relations, Vancleave went to work as a receptionist for a corporate office that owned a chain of skilled nursing facilities. She never left healthcare.

Vancleave quickly started climbing the management path. Within six months she was working on Medicaid claims. Within a year, she became manager of accounts receivable.

At the age of 26, she landed her first management job at Care Enterprises in Orange County, California.

“I just kept progressing, mostly working from a corporate perspective,” she said.

She then owned her own medical management company for 14 years, doing it all.

But then came 2008. When the economy crashed, she lost a lot of clients and decided to go back into acute care, working in patient financial services for Prime Healthcare before transferring to Conifer Health Solutions.

THE CHALLENGES OF TECHNOLOGY

Vancleave left Conifer when she and her husband moved to Missouri where she became vice president of Revenue Cycle for Mosaic in 2011.

She immediately created a five-year strategy for the department that included a technology roadmap.

“My goal was to automate processes and to focus on improving the patient financial experience,” Vancleave said.

They are currently three years into that five-year plan.

Mosaic Life Care is part of the Mayo Clinic care network. All of its physicians are board certified and there’s interaction with Mayo through e-consults.

Through her previous work for Conifer, Vancleave had experience in transition management. Traveling throughout the country, she was able to go into a hospital’s revenue cycle department, size up the organization as far as staff and processes and figure out what was needed to incorporate revenue cycle into outsourced services.

Every organization had bolt-on technology, legacy software or they were using different vendors, she said. In working with a lot of organizations, she got to know which vendor could do what.

“Just doing that for a number of years, you kind of get to know who the players are, the technology that’s most effective,” she said. “I came in, did a full assessment and would think, XYZ vendor would fit nicely into this situation.”

In that role, and her current one at Mosaic, “I also wanted my team to come to the conclusion of what works,” she said.

The challenge remains that hospitals struggle with their technology budgets and physicians often have to be led kicking and screaming to use new systems they find time consuming and that takes their attention away from patient care.

Read More:  Tackling the last mile of an innovation project

“I feel we’re still slow making that transition, making the shift towards technology,” Vancleave said. “We should match other industries.”

For instance, improving the patient financial experience means the lobby of a hospital or clinician’s office should be more like that of a hotel. Consumers want their appointments and bills texted to them.

“They’re expecting that experience,” she said. “It absolutely is part of the five-year plan.”

A WOMAN IN HEALTH IT

“I feel I have an advantage as a woman in healthcare,” Vancleave said.

This is because, even when she first started out, she worked mostly with women.

Statistics have shown that about 80 percent of healthcare workers are women and an estimated 73 percent are managers, even as only

12-18 percent of CEOs are women. CFOs, controllers, the vice presidents of finance, or even, in general, clinical leadership, remains male-dominated.

Initially, it seemed that men were more savvy on the tech side, but  that is changing, Vancleave said.

“Our VP of technology is a woman,” she said. “I think that’s a shift in the industry.”

Vancleave said she wants to encourage women to pursue management and C-suite careers in healthcare, especially as there are now a variety of degrees in the field.

“It is a viable career, you can be successful as woman in this industry,” she said.

Vancleave does more than encourage. She is a mentor not only to other woman, but to men. Currently she mentors four women and two men, in an informal program encouraged by the organization.

She prefers to have a mix of men and women.

“I kind of prefer to have mixed groups,” she said. “I like all perspectives and all opinions.”

All work at Mosaic and most are in manager or director roles.

“I’m mentoring a half-dozen people to climb the career ladder,” she said. “They’re looking for mentorship and advice. Our organization encourages finding a mentor. I think when you’re approachable, competent and have more of a leadership presence, people naturally gravitate to you.”