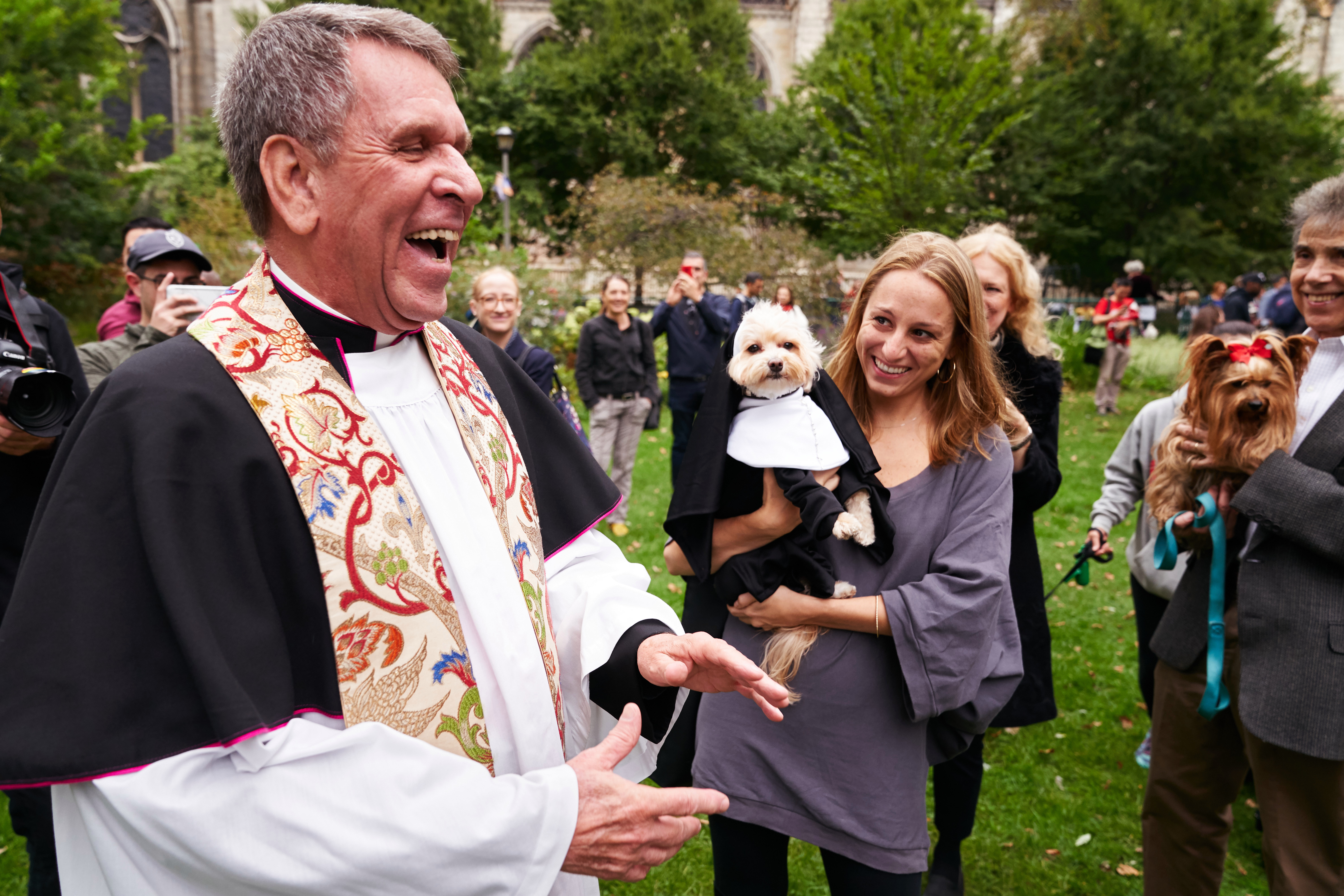 Blessed are the furry.

Scores of cats and dogs — along with a couple of parakeets, some guinea pigs and a chicken named Lady Gaga — lined up Sunday for the annual Blessing of the Animals at St. John the Divine in Manhattan.

“May your vet visits be brief and painless,” one priest said, blessing a pet pup named Donatello Versace. “A long and healthy life full of treats and toys.”

Among the throng of at least 150 pet owners was comedian John Mulaney, who showed up to have his French bulldog, Petunia — who was wearing butterfly wings — for a blessing.

Three priests did the honors in a side yard this year, which was followed by a traditional pet parade.

Always the diva, Gaga, who was partially died pink, got to lead the parade — despite what her owner described as a nasty disposition.

“Don’t get to close,” Sharon Folkes of Brooklyn, the chick’s owner, warned a nearby dog owner. “She’ll peck his eyes out.”

This year marked a bittersweet visit for one regular at the annual blessing.

“I’m getting emotional,” said the woman, who brought her greyhound to the cathedral. “This year is extra special for me because I’m blessing my new dog that came to me after my other one passed away.”

The Rev. Clifton Daniel, dean of the historic cathedral, said this year’s blessings were held outside the church because there was “too much scaffolding and equipment” for extensive repairs inside the church, which was damaged by fire on Palm Sunday in April.

Read More:  Where to get emergency asthma inhaler