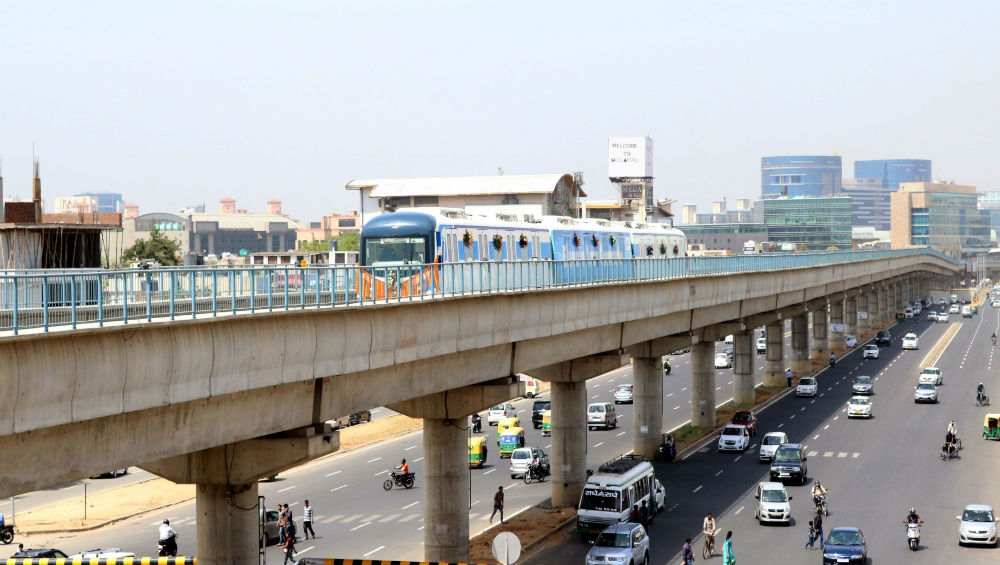 New Delhi, June 10: As per a study, Gurugram is a more suitable city to live in from a COVID-19 perspective as compared to Mumbai and Bengaluru.

“We believe that considering factors such as population density, open area ratio and hospital infrastructure could be of far more importance than distance from work or affordability to decide where you live under the current scenario.  Gurugram Rains: Flood Control Room to Be Set Up to Deal With Monsoon 2021

“The report uses these factors and the COVID-19 status in three top cities — Mumbai, Bengaluru and Gurugram — to ascertain the suitability of these cities on the basis of livability which in turn would help an end-user make an informed decision on where to live,” the Square Yards COVID-19 Suitability Index Report said.

The East zone in Gurugram, the Western and Central suburbs in Mumbai (wards N and PN) and the Mahadevapura zone in Bengaluru were found to be the most suitable to live in from a COVID-19 perspective.

The pandemic exposed the shortcomings in our medical infrastructure like never before. Both Mumbai and Bengaluru were poorly placed in this regard with just 1.3 and 0.30 COVID-19 hospitals available, respectively, per 10,000 people in the cities. Gurugram outshone both with 2.5 hospitals per 10,000 people, as per the report.

Contrary to the common notion, the report suggests that Mumbai has the highest open area ratio among the three cities at nearly 45 per cent. Mumbai is also the most densely populated with nearly 60,000 people/sq km, while Gurugram has the lowest population density at approximately 4,200 people/sq km.

Suitability in Gurugram, on the other hand, is defined more by the population density, open area ratio and the number of hospitals.

Even though the density of COVID-19 cases in this zone is second only to the North, presence of maximum number of hospitals/10,000 people, more than 40 per cent open area and lowest population density makes this zone the most suitable and hence livable from a COVID-19 perspective.

The COVID-19-suitability heat map for each city suggests that across all the cities, suitability increased as people moved away from the city centres and older parts of the city towards more peripheral locations.

Not only are these cities the top real estate destinations in the country, but they are also among the top cities to be severely hit by the pandemic. This is where the relevance of a Suitability Index kicks in.

The need for one’s own ‘home’ has gained an all-new dimension since 2020 due to the changes brought about by the pandemic. The study is an attempt at making the home-buying process in the COVID-19 era slightly more pragmatic.

Read More:  10 foods that may impact your risk of dying from heart disease, stroke, and type 2 diabetes

It highlights certain meaningful factors that today’s end users need to acknowledge while deciding to buy the right home in a pandemic like situation.

These include factors such as population density, open area ratio and availability of hospital infrastructure which could be far more important today than the distance from work or affordability.

(The above story first appeared on LatestLY on Jun 10, 2021 08:01 PM IST. For more news and updates on politics, world, sports, entertainment and lifestyle, log on to our website latestly.com).