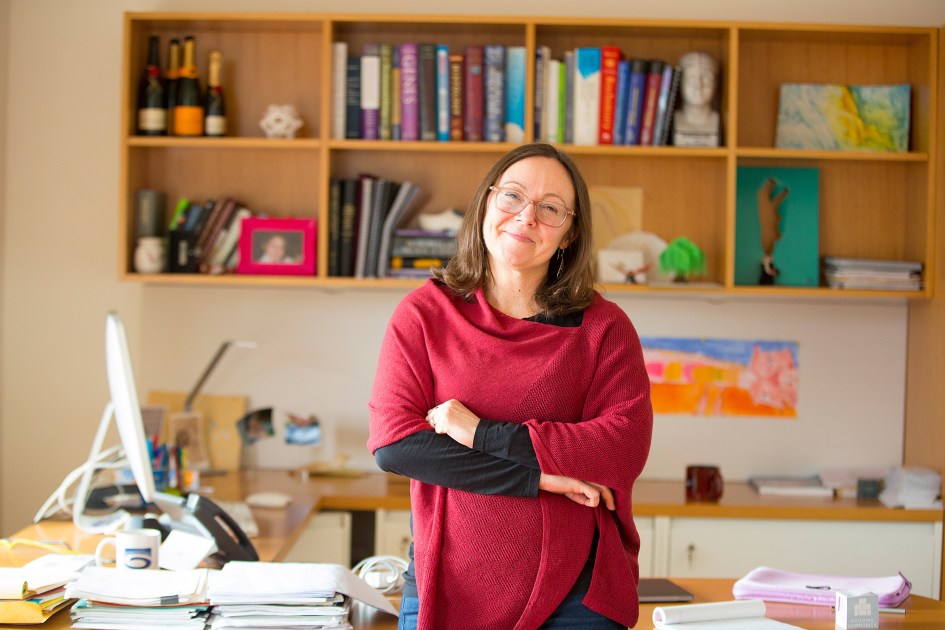 To determine whether the cells her lab was growing related to those of the human brain, Arlotta turned to Lichtman, who for many years had been able to look at the organ in super-high resolution.

The goal was to identify protrusions on nerve cells called dendritic spines, where the synapses form that connect one cell to another. Embryonic nerve cells don’t have the spines, Arlotta said, so finding them would indicate the organoids were developing more mature neurons. It would also mean that the researchers could hope to explore a theory on schizophrenia that describes abnormal pruning of the spines in the teen years.

“The question was, do organoids have neurons, number one, and, number two, if they have neurons, do they have these features that are necessary to make the kinds of neural circuits found in normal brains?” Lichtman said. “Sure enough, there were dendrites and they had spines and the spines were studded with synapses of axons that were contacting them.

“So this was good news. It said these organoids to some degree were doing things that normal brains do.”

Arlotta’s lab has started to explore how the brain changes in autism, using CRISPR/Cas9 gene-editing techniques to insert genetic mutations associated with autism into stem cells and allowing the cells to develop into organoids to study side by side with those without that mutation.

“We have stem cells derived from patients with these diseases and already beginning to demonstrate that you can use organoids for the first time to tell what cell types are abnormal among the many, many in the brain,” Arlotta said. “That’s liberating.”

Read More:  TERRE DES FEMMES breaks the silence about domestic violence during what is supposed to be the most peaceful time of the year

Organoids provide a glimpse into previously inaccessible aspects of brain formation, but they are very primitive and plagued by high variability, Arlotta stresses. Next for researchers will be learning how to better control their growth to produce reliable models for specific parts of the brain and the effects of specific conditions.

Though Arlotta strongly disputes characterizations of organoids as “mini-brains” or “brains in a dish” — descriptions that give the rice-grain-size lumps of tissue far too much credit, in her view — she acknowledges the ethical dimension of experimenting with the organ at the center of human consciousness.

It’s important to make sure that the research goes hand in hand with conversations that bring together scientists, ethicists, and society at large, she said. It’s also crucial, she said, that the science be communicated correctly, to prevent ethical concerns fueled by perception rather than data.

“There’s a need to be more rooted and real about what these models are,” Arlotta said. “These are not, I repeat not, ‘mini brains in a dish,’ and I think that nomenclature has negatively impacted the field.  . . .  It is important as a community to think about the implications of the work, but at the moment the risk is low.”

Ethical concerns also exist on the other side of the issue, she said, citing a responsibility to understand and treat psychiatric and neurodegenerative disease.

“We have the opportunity to study, understand, and inform treatment on human pathologies that have not seen a real new medicine in over 60 years, at a risk that is frankly not dissimilar to that of experiments that are very accepted in science, like the growing of human cells and neurons,” Arlotta said. “Should we not then take this opportunity to transform treatment?

“As a society, we must consider the ethical structure of this work. As a scientist, I must consider also the responsibility I have to make a difference, now that we can, for patients affected with some of the most devastating diseases of our time. Is it ethical or unethical not to take this opportunity to understand disease to alleviate suffering? I think the choice there is very clear.”

Sign up for daily emails to get the latest Harvard news.