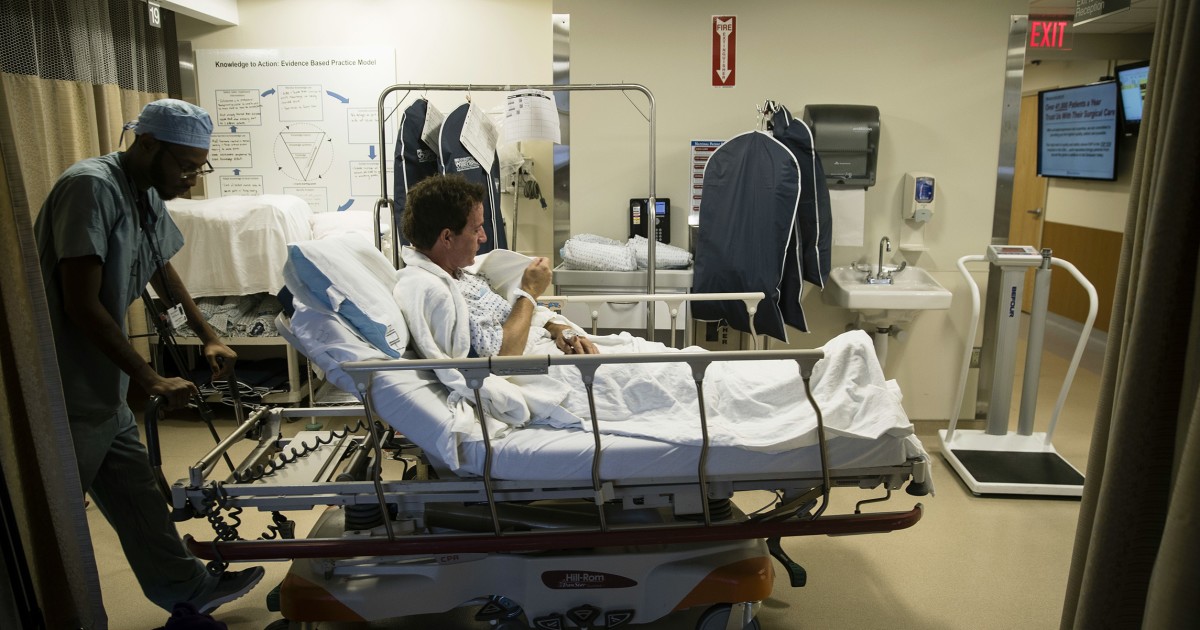 This week, Democrats on the Congressional Ways and Means committee held a hearing on their one-size-fits-all, “Medicare for all” proposal. With this move, they are fully embracing the government takeover of healthcare. The promises of “free” education and “free” healthcare touted by Democrats sound good, but they come at a steep price.

The cost of this lower-quality, less-choices program is high — so high that doubling everyone’s income taxes would still not generate enough money to pay for it. But then beyond the monetary cost and lower quality of care, the unsaid component of a system in which the government has total control is the loss of freedom itself.

An example of this exists a mere 90 miles from Florida’s southern coast. Floridian Enrique Padron recently shared his experience of being born and growing up in Castro-led Cuba with “free” government provided education and healthcare. His home had a dirt floor and no insulation or running water. Their bathroom was a hole-in-the-ground shared with six other families. They didn’t have the ability to fix their home because their government-provided salary was approximately $ 6 per month, and there was no access to a hardware store to purchase the tools needed.

Government approval was needed before even a bag or cement or box of nails could be purchased — and that was if these things were even available. Their “free” healthcare came from doctors who lived on a paltry 25 cents per hour and in hospitals that look more like abandoned warehouses than the pristine, state-of-art facilities that exist in a free America. The quality of care in Cuba is disastrous, and the quality of education poor, but citizens are told to be quiet and be grateful for what the government provides.

In making his decision to flee Cuba, Padron came to realize that he didn’t need free services; he needed freedom. Freedom to better himself. Freedom of choice.

Americans deserve more than the deteriorating quality, increasing costs, and absolute government control that usually accompanies these “free” cradle-to-grave service systems. Americans should be empowered to take back control of their healthcare. They deserve a system that allows them to get the healthcare they need, from the doctor of they choose, at a price they can afford.

For two congresses, I have introduced legislation with Rep. David Schweikert, R-Ariz., that targets one of the chief drivers of healthcare spending: taking care of those who are very sick. This works by allowing insurance companies to identify their small percentage of high-cost patients and place them in the Invisible Risk Sharing Program. This program reimburses insurance companies for those patients’ healthcare expenses above a certain dollar amount. The result is that every patient has access to affordable health insurance coverage at the lowest possible rates, as if they were perfectly healthy.

The Federal Invisible Risk Sharing Program would be funded annually with $ 15 billion federal dollars and 90% of premiums collected from the patients that the insurers designate for the program. Insurers will be required to cover the first $ 7,500 of their patients’ expenses, after which the risk pool funding kicks-in. Because it requires insurers to contribute most of the premiums received from their high-risk patients, it removes incentives to game the system.

This bill, H.R. 2789, is a proven way to achieve the goal of providing every American access to affordable healthcare. I am committed to advocating for policies and programs that get government off the back of hardworking Americans, empower them, and improve their opportunity to achieve success and the American Dream. Such proposals help ensure that America remains a shining city on a hill, holding high the torch of freedom and liberty.