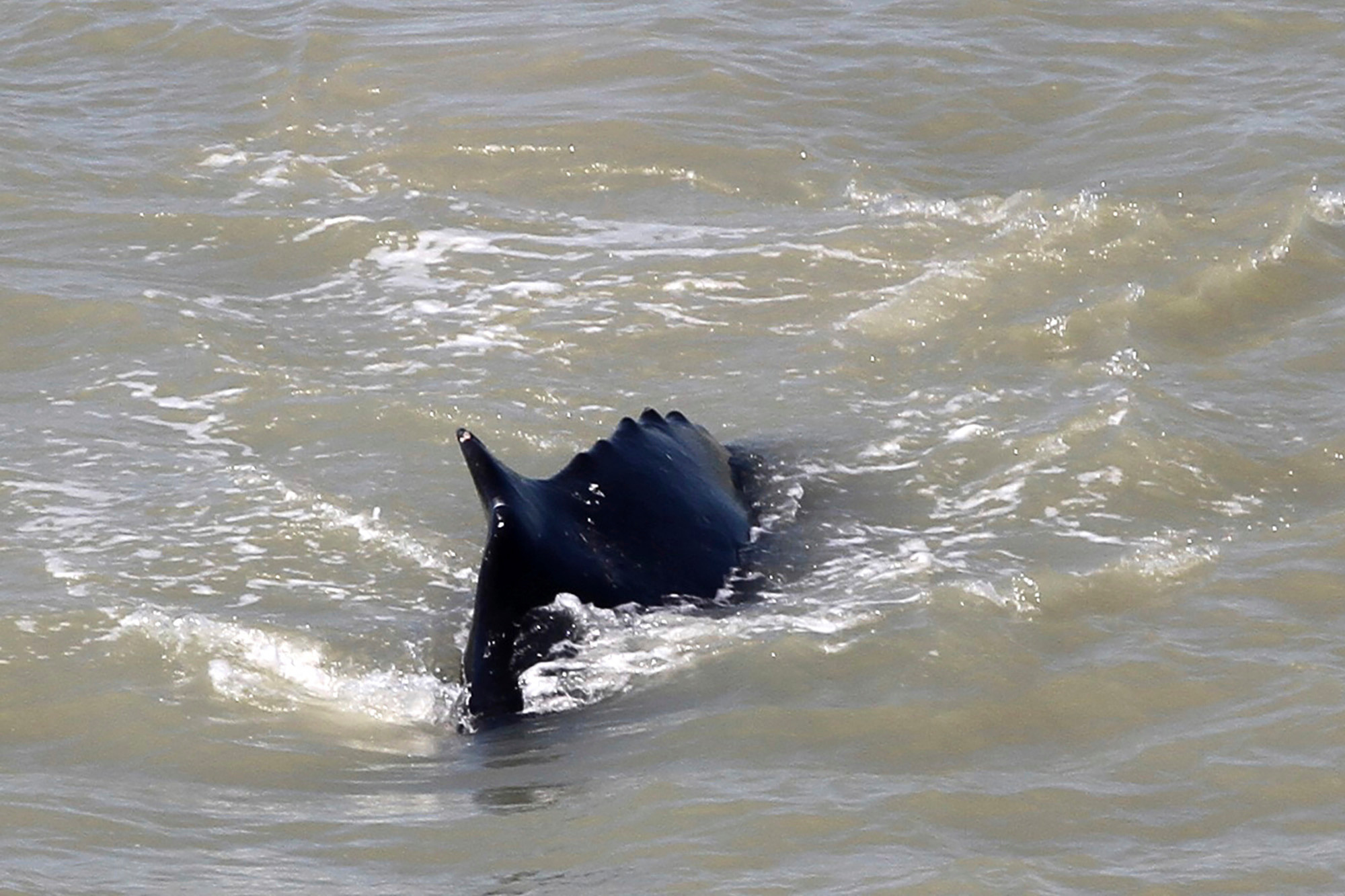 In what experts say is a very rare occurrence, a humpback whale got lost in a crocodile-infested Australian river on its way to Antarctica. While it’s unclear how or why, exactly, the whale lost its way, scientists suspect it took a “wrong turn.”

“As far as we’re aware, this is the first time this has happened,” representatives for Kakadu National Park, where the river is located, wrote in a statement.

The situation began early last week, when three humpback whales entered the East Alligator River (which, despite its name, is actually home primarily to crocodiles), “a very unusual event,” according to the statement.

By Thursday, two of the three whales had managed to find their way out of the river, but one remained. Now, park staff are working to help free the final straggler.

“We have put an exclusion zone in place from the mouth of the East Alligator River to a point approximately 30 kms upstream,” they detailed in the statement. The move is to protect both the whale and boaters. “The last thing we want is a collision between a boat and whale in waters where crocodiles are prevalent and visibility underwater is zero,” they said. “We also don’t want boats to inadvertently force the whale further up the river.”

Despite being directionally confused, the whale is reportedly in good spirits.

“The whale is not in distress at the moment, and it is not an emergency situation,” the statement said.

In case the whale is unable to get out of the river soon, though, Kakadu’s staff is putting together a variety of strategies to help it do so. “These options range from minimal intervention as we continue to monitor the whale, to actively intervening to attempt supporting the animal to move out of the river,” the head of Kakadu’s country and culture section, Feach Moyle, told CNN. “The highest tide of the year will take place in a few weeks, so there is a window of opportunity for it to be able to head out to sea.”