Finding the right balance can be tough, but once you master sober socialising, it becomes a lot easier

100 days is a long time. My ton of enforced, experimental nights of sobriety took me from early December to mid-March. The start of Christmas party season to the start of Spring. So after discarding a lifestyle of drinking up to 60 units of alcohol a week, what were the effects on my body three and a half months later? To answer that question, I went for the most stringent, scientific, MH-approved tests I could find.

First up was Bupa’s meticulous Health Peak test: a robust three hour shakedown of every conceivable corporeal corner, which feels more like sitting an A-Level than a medical. And the good news is that I passed, with flying colours.

After 100 days of abstemiousness (bar one bizarre blip on day 56 involving Clive Owen and a bottle of Campari), my body fat had evaporated by nearly 20%, my waist had shrunk by two jean sizes and my overall fitness had rocketed.

Joel Prowting, the Bupa Health Adviser overseeing the test, explains the dramatic improvement as I complete my final endurance ride on an exercise bike, wearing a snorkel-like mouthpiece.

“Aerobically, your numbers are excellent: way above where they should be for your age, and way above where they were at the start of the challenge,” he says. “You’ve lived your life exactly as before, removing only alcohol, but what we’ve seen is a number of positive knock-ons. One of the direct results of non-drinking is that you’re fresher – you’re waking up feeling more energised, so when you do go to the gym you can attack it harder. You’re not exercising any more than before, but because you’re not as fatigued, you can put way more into each session. From that, you’re body benefits from increased adaptations – your heart, muscles and metabolism all react better and function more effectively. That positive spiral keeps reinforcing itself – and that’s when you start seeing serious results.”

(Related: Blog 2 – Getting through Christmas)

It’s a similar story when I return to the London Vision Clinic on Harley Street for my second VISIA face scan. My complexion is so much better – particularly in terms of wrinkles and rosacea – that the machine identifies me as two years younger than I was at the start of the challenge. Not a bad return on 100 days’ investment.

But the most significant result of all comes in the organ most sensitive to drinking. At the start of the challenge – terrifyingly for a man in his thirties – my liver displayed signs of early fibrosis. When I return for my second FibroScan at the The London Clinic, that process has completely reversed itself.

My ELF (Enhanced Liver Fibrosis) test score has tumbled from a dangerous 8.5 all the way down to a normal 6.0. Meanwhile my CAP (Controlled Attenuation Parameter) score, which measures the fatty deposits in your liver, has also hugely decreased – from a borderline severe 291 to an extremely healthy 148. It’s an incredible turnaround in a relatively short space of time that has Consultant Hepatologist Dr. Alastair O’Brien genuinely impressed.

“It just goes to show how easy it is for the liver to turn things around if you give it a little help,” he says. “Two or three months of abstinence, and you’ve gone from the danger zone back to the realms of robust health.”

It’s not all good news, however. There is one less than silver lining to my now cloud-like liver. According to my final round of blood tests at Freedom Health on Harley Street, over the last 100 days my cholesterol has made like a drunken cowboy – and shot through the roof.

Read More:  Baby Atharva Who Miraculously Survived a Fall From 4th Floor Discharged From The Hospital

“The rise in your cholesterol levels is disturbing, but it’s not entirely unexpected,” explains Dr. Séan Cummings, who has been overseeing my challenge. “As you yourself admitted, your body’s natural impulse was to substitute alcohol for sweet things – particularly pastries and biscuits, which are high in saturated fats. That doesn’t come without a cost, and in this case that cost is significantly raised cholesterol.” 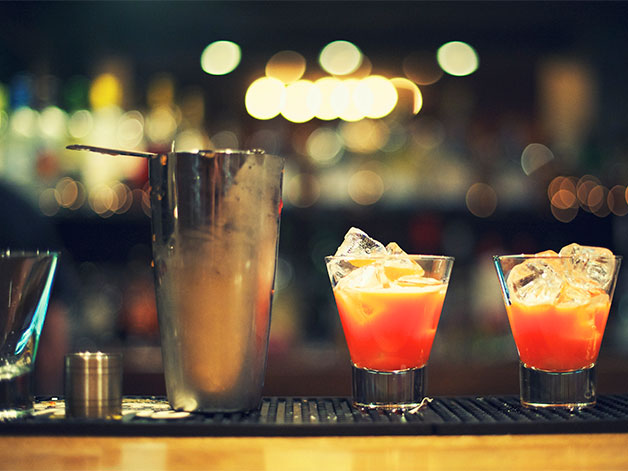 So what have I learnt? First and foremost, giving up alcohol for 100 days is very, very good for you. I look better, I feel better and I function better. My sleep has improved, my skin has improved and my liver has improved – so much that it now looks and functions like a vigorous transplant from a teetotal 18-year-old.

(Related: Blog 4 – Falling off the wagon)

Finding the right balance can be tough, but once you master sober socialising (my top tips here are tonic water with a dash of Angostura Bitters or the pleasingly palatable non-alcoholic beers served in most bars now, especially Estrella’s Free Damm and Brewdog’s Nanny State), it becomes a lot easier. Exercise becomes significantly more important too, particularly in terms of balancing mood and fighting the inevitable sugar cravings as your body looks to replace glucose garnered from alcohol.

Lewis Carroll wrote: “If you drink much from the bottle marked “poison”, it is almost certain to disagree with you sooner or later.” In that context, it’s good to step away from the bottle every once in a while and allow your body – particularly your liver – to recalibrate itself.

Read More:  'Optimism tinged with anxiety': What to expect from the next 100 days of COVID-19, according to experts

So how do I take this forward as I return to the world of pubs and pints? Once you have an inkling of the bigger picture, it’s easier to keep half an eye on it. Do I need to drink? No. Especially not at home and especially not more than three nights a week. Do I want my liver to return to fattiness and fibrosis again? No. And now I know how to stop that happening. In the meantime, I just need to bring my ridiculously high cholesterol down. And that’s a challenge in itself…