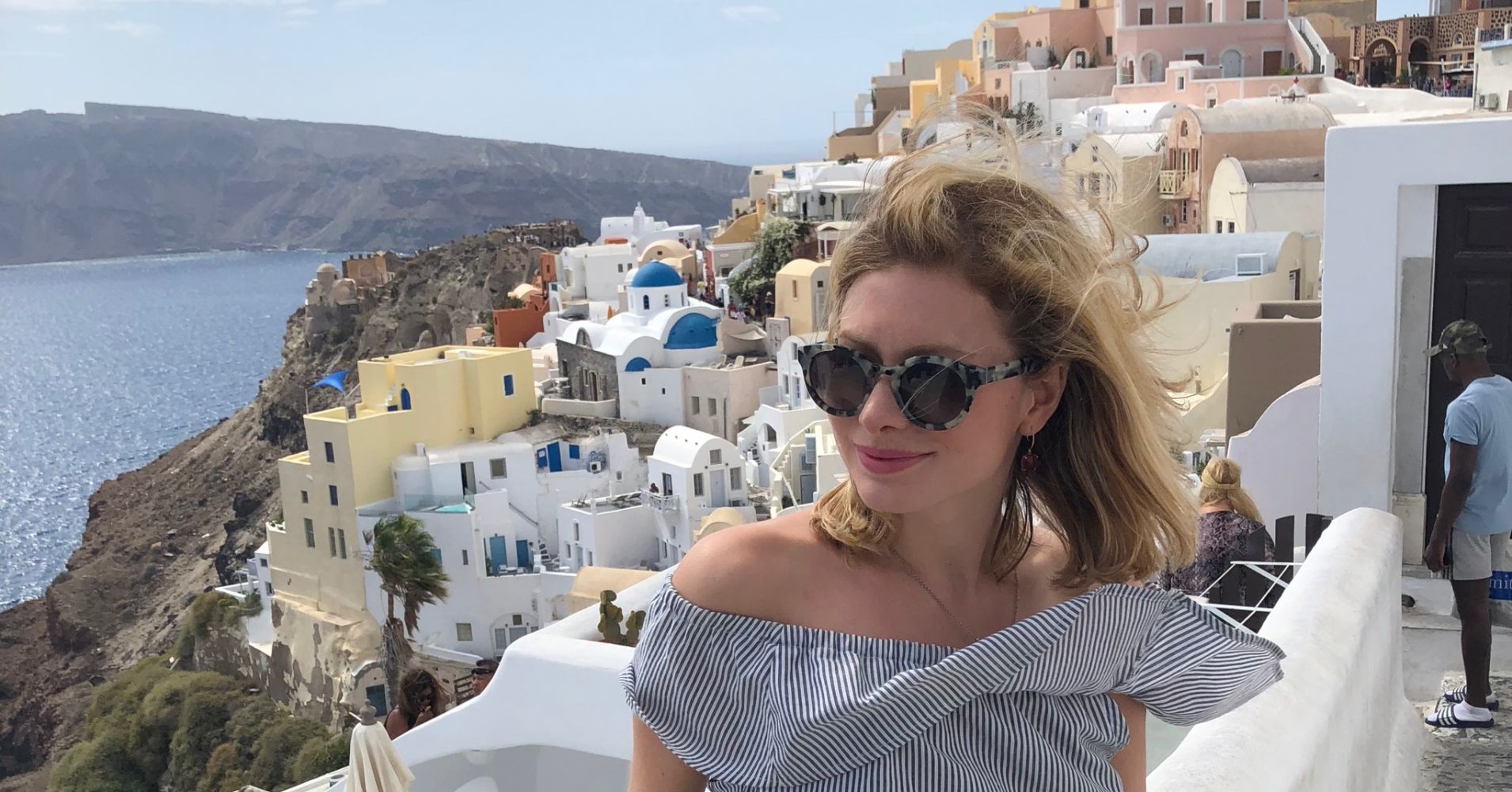 The first time I truly took a break from social media was in 2015, at a summer camp for burned-out adults called “Camp Grounded.”

Facebook were a habit that very few people questioned, with a few notable exceptions. I had well-meaning friends who worked at these companies who believed with an almost cult-like fervor in the positive impact of bringing the world closer together.

That’s all starting to change.

Social media companies, most notably Facebook, have faced a reckoning in the past year, with reports surfacing about an infiltration of Russian propaganda to influence elections, misuse user data, and countless other examples of the platform being used for ill.

As a society, we’re starting to lose faith in our technology icons, especially in light of the questionable decisions made by the once-beloved Facebook COO Sheryl Sandberg, and reports about early Facebook employees who got rich and now have the luxury of preventing their own kids from using social media.

#DeleteFacebook, once unthinkable, is now a very real trend. And it poses a growing threat to Facebook’s bottom line, and its future.

Against this backdrop, in August I made a big decision. I removed Facebook and Instagram apps off my phone, and logged out on the web. I didn’t get around to fully disabling or deleting them, as I wanted to see first how I’d respond to a month-long break. Baby steps, I told myself.

I haven’t been back, and I don’t really miss them at all.

My break came around the time when Facebook and Instagram introduced “time well spent” features in the summer, which allow users to check how many hours they’ve spent on social media. I checked the activity dashboard after reporting on these changes for CNBC, and learned that I spent more than five hours on Instagram in a single week.

Five hours might not seem like that much, but it surprised me. I would have guessed an hour or two.

Read More:  5 Easy Ways to Slow Down the Process of Aging

I told myself that my usage was limited to moments where I was standing in line for coffee or sitting in an Uber in traffic, with nothing better to do.

But if I’m honest with myself, I was sucked in a lot more than that, especially once I started following personal stylists, entrepreneurs and other glamorous influencers on Instagram who served as a kind of benchmark about success in my own life. Some nights, I’d pull up my phone and scroll through their feeds for inspiration about new meals to cook or new outfits to buy.

I started thinking: With five more hours every week, I could read a book, volunteer, spend quality time with a friend, even learn a new language. Maybe I’d be fluent in French again in six months if I took a break from these apps.

Giving up Instagram in the first few weeks reminded me of when I tried to give up coffee, the world’s most popular drug. Just like when I was weaning myself off caffeine, I had regular pangs re-engage with my habit and I felt different, even a bit empty.

It dawned on me after a few weeks that my social media usage was anything but intentional, which gave me a jolt of motivation to keep the detox going.

Occasionally, I noticed myself typing in the letter “F” on a browser to get to Facebook without realizing I was doing it. I’d also mindlessly try to pull up the Instagram app on my iPhone, and would need to remind myself that I’d deleted it for a reason.

That got me thinking more deeply about a conversation I had about four years ago with a former Google project manager, Tristan Harris, who I first met when working on a story about habit-forming apps. He described social media back then as “hijacking our minds.”

Harris was among the first to make the connection between neuroscience and social media, and question whether it’s even possible for many people to use social media constructively.

One example he used is the “bottomless bowl,” referring to studies that show that humans will often consume more out of self-refilling bowls than regular ones. The news feed format pioneered by Facebook, he says, is just like that, in the way it seduces us to keep scrolling through an endless stream of content for far longer than we planned to.

At this stage, I should share with you as honestly as I can how I used social media.

I tended to post carefully constructed photos on Instagram about once a week, which seemed like a reasonable cadence, with a focus on my relationship, career and travels (I’d alternate them to give off the impression that I’m a balanced person). Like most users, I’d pay close attention to the number of likes and views I received, but I wouldn’t go as far as to check who liked it and reciprocate via their posts.

On Facebook, I’d already wound down my usage quite a bit in the past few years, mostly because I didn’t see as much user engagement with the articles I posted there. In January, Facebook’s news feed algorithm starting prioritizing so-called “meaningful social interactions” over content. The change was noticeable to journalists like myself.

Around the same time, I started to feel worn out with all the political infighting among friends, as well as idle thoughts from people I barely know. Facebook also seemed to gain popularity in that time with Baby Boomers — my parents and their friends — rather than the millennials who make up my social circle. So it was pretty easy to let go.

Snapchat wasn’t a problem because I never got into it — I’m in my early 30s and the app seems to target college kids. Twitter and LinkedIn I use for work and couldn’t delete.

In short, Instagram was my Achilles’ heel. And the toughest habit to kick.

By about the fourth week into my social media detox, I started thinking about my life differently.

While on Facebook and Instagram, I would see a lot of affirmation for people’s milestones: Their engagements and weddings, their world travels, pregnancies and births, their new jobs. I unwittingly started to think about my life in that way, relegating the in-between periods between these major milestones as mere filler.

If I didn’t have anything worthy of a social media post coming up, I felt that I had nothing very important going on in my life. I’d feel a growing urgency to start planning something big or make a change to stay relevant.

Without social media, that pressure melted away. I started to enjoy life’s more mundane moments and take stock of what I have today — a great job, a wonderful community, supportive friends and so on. I could take my time and enjoy it rather than rushing to the finish line.

In short, I started to feel happier and lighter.

In the aftermath of that realization, I read up on the latest research regarding the impact of frequent social media use. A few recent studies do suggest that I’m not alone: A group of students who limited their social media usage saw a significant decline in depressive symptoms, and a survey in the U.K. found that Instagram is the most damaging for young people’s mental health.

For the latest thinking from academics on the subject, I turned to John Torous, director of the digital psychiatry division at Beth Israel Deaconess Medical Center.

Read More:  Where can i buy yoga supplies

Torous said he doesn’t rule out the possibility that social media is making people more depressed and anxious, but he pointed out that the research is still early. People react differently to these tools based on a variety of factors, so we can’t really draw any hard and fast conclusions.

“We’re still in the early stages of figuring out how the brain reacts when it’s connected in this way that we haven’t seen before,'” he told me.

There’s also the thorny issue of causation versus correlation. In other words, it’s unclear whether social media was making me more anxious, or my anxiety dropped once I stopped using Instagram because I had more time for things that made me happy, like exercise, intimate conversations with friends or a good book.

My break wasn’t all positive. For those considering a social media detox, I do have a few words of warning to share.

First, notify your close friends and family members of your decision. If they assume that you are viewing their posts and reviewing their tags, they might wonder why you didn’t reach out if they shared something on social media that you’d typically respond to.

Another bit of advice is to evaluate whether you want to throw the baby out with the bathwater and get rid of all online social interactions, or just the constant pressure to check and react.

For instance, during a September vacation to Greece, I texted my closest girlfriends a few of the photos I thought they’d enjoy, and sent them a message to let them know I was thinking of them. (Another byproduct of my digital detox is that I took far fewer photos on that trip, which helped me be more present).

Finally, you’ll miss some events, as people still organize exclusively on Facebook. That’s unavoidable, so you’ll need to make your peace with it.

Ultimately, none of these trade-offs were enough to lure me back.

My next step? I’m considering taking the plunge and deleting my online presence from these apps altogether. I just don’t need these products anymore. Or perhaps I’ll reframe my relationship so that I’m in control, where I’ll check them for a set amount of time a few times per month.

Oh, and with all the extra spare time at my disposal, I’m now volunteering for Crisis Text Line and I’m starting to practice my French. Outside of the emotional benefits, that’s a great outcome for a three-month social media break and I’d recommend it to anyone.