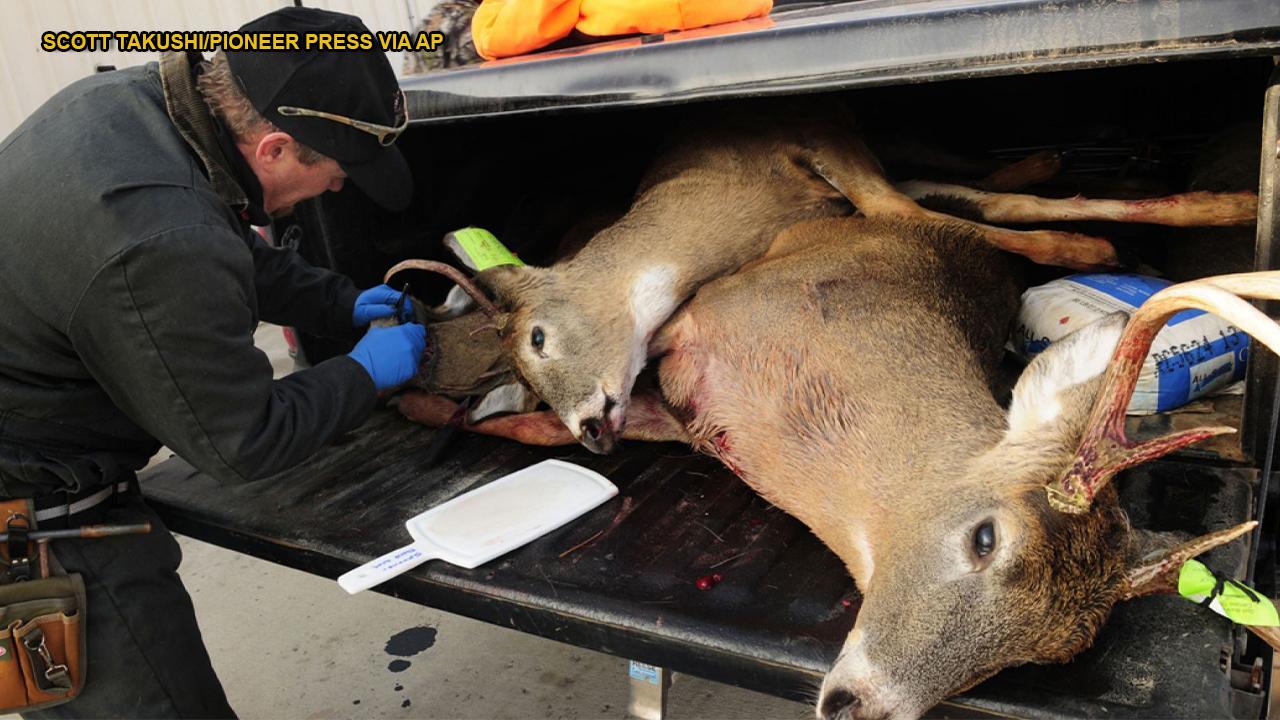 Officials are trying to prevent ‘zombie deer’ from entering the state of Nevada. ‘Zombie deer’ are creatures that have contracted chronic wasting disease, a highly contagious and often deadly affliction that has ravaged the deer population in an estimated 24 states and two Canadian provinces.

Thanks for your question.

Chronic wasting disease is a contagious, neurological disease found in elk, deer, and moose. It causes the animal’s brain to deteriorate and turn into a spongy matter, which in turn emaciates the animal with the disease.

WHAT IS A HEMORRHOID AND HOW CAN YOU GET RID OF IT?

The illness makes deer act like zombies. They start to act very bizarrely, lose control of their bodily functions, and eventually die.

This is the deer equivalent of “mad cow disease.” There are other forms of this disease that affect sheep, mink, and goats.

There have been no cases of humans catching this disease, either from contact or from eating the meat of infected deer. However, scientists gave infected deer meat to monkeys to eat in an experiment, and the monkeys caught the virus. So it is probably better to be safe rather than sorry.

Wildlife experts are trying to make it a requirement that you test the meat you’ve caught before you eat it. In some areas of the United States, 25 percent of the deer population has this disease. So it may be worth the extra step if you are planning to eat the meat you’ve hunted. Wear gloves when handling the carcasses of deer you’ve shot.

ARE KISSING BUGS DANGEROUS? HERE’S WHAT TO KNOW

Should you kill a deer with the disease, make sure you dispose of it properly. This helps to contain the disease and keeps other deer from infection.

If you accidentally consume a piece of infected meat, don’t worry too much. Americans consume between 7,000 to 15,000 infected deer per year, and so far no one has developed chronic wasting disease.

You can spot a deer with chronic wasting disease if they have ribs, hips, or backbones showing. If the animal is not alert or shows no sign of fear of humans, then they might be infected. However, there are plenty of normal deer conditions that cause these symptoms as well. Lactating deer are not typically alert to their surroundings.

If you have been hunting a deer for some time and you notice that it has progressively lost weight, then it most likely has the disease.

Deer with chronic wasting disease typically have a wide, wobbly stance. They keep their heads down, ears low, and have a very shaggy coat. These deer are prone to excessive thirst, heavy urination, and have difficulty swallowing.

Before you go hunting, check the number of reported cases of CWD in your area. Look at the zones and the drop-off locations approved by the state and the county. It’s all part of responsible hunting.

Do you have a health question for Dr. Manny? Email us at AskDrManny@FoxNews.com