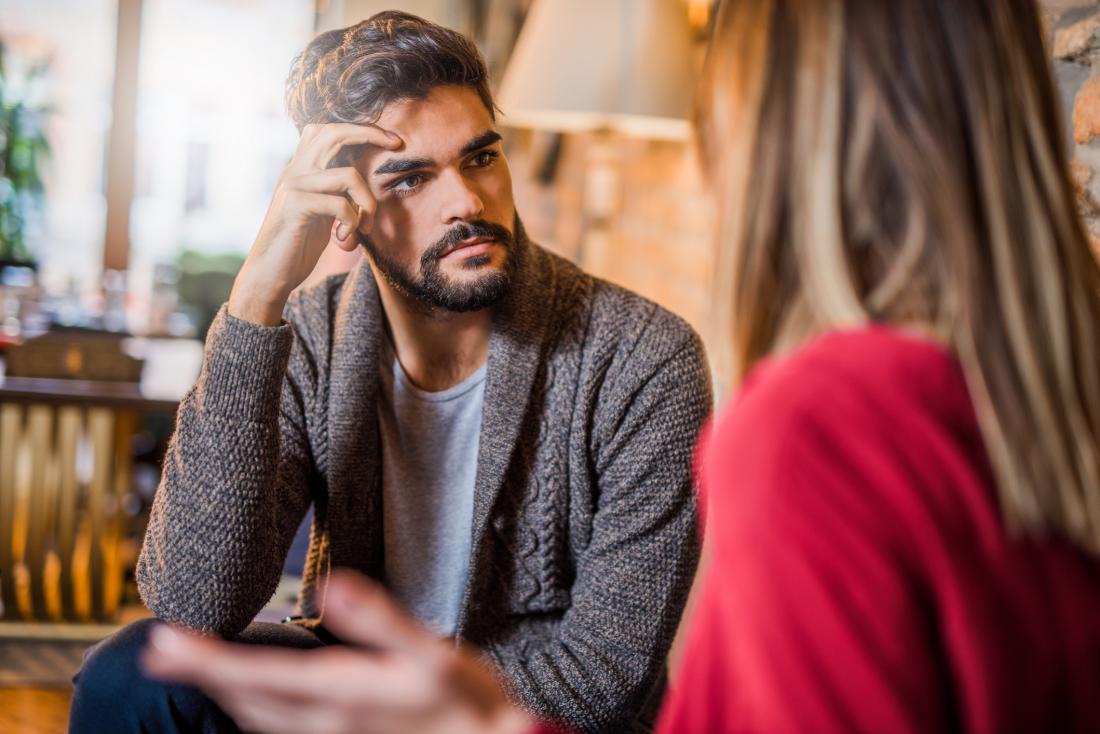 Could testosterone therapy be the antidepressant of the future?

The World Health Organization (WHO) describe depression as “the leading cause of ill health and disability worldwide.”

There are drugs available to manage depressive symptoms, but they do not work for everyone.

In fact, a significant percentage of people do not experience long-term relief, even after trying multiple drugs.

Depression is roughly twice as common in women as it is in men, which means that depression currently affects around 100 million men.

Scientists have been discussing whether or not testosterone therapy could help treat depression in men for several decades. As a neuroactive steroid, testosterone can influence mood, making it a reasonable hormone to study in regard to low mood.

In rodent models of depression, testosterone therapy boosts production of serotonin, or the happy chemical. Also, testosterone levels tend to drop as men age, and some studies have shown that men with lower levels are more likely to have depressive symptoms.

However, other studies have found no relationship between lower levels of testosterone and low mood. Others still did find links between testosterone levels and depression, but only in certain groups of men.

Due to discrepancies between studies, healthcare professionals do not recommend testosterone treatment to men with depression; however, there is a strong possibility that at least some men might benefit.

Read More:  When it comes to surprise medical bills, journalists largely focus on casualties and not the war

Existing depression therapies only work for a subset of the population. For this reason, it is vital to understand whether testosterone might help in treatment-resistant cases.

To this end, some researchers recently carried out a meta-analysis on existing studies that looked at testosterone and depression.

According to the authors, their analysis was the “largest examination to date of the association of testosterone treatment with depressive symptoms in men.”

Specifically, the researchers aimed to “examine the association of testosterone treatment with alleviation of depressive symptoms in men and to clarify moderating effects of testosterone status, depression status, age, treatment duration, and dosage.”

They recently published their findings in the journal JAMA Psychiatry.

In their literature search, they found 27 relevant randomized placebo-controlled clinical trials, which included a total of 1,890 participants.

They also saw that men who were the least depressed experienced the most benefits from the intervention.

The benefits were comparable, regardless of baseline testosterone measures.

The analysis also showed no difference between younger and older men; all age groups had a similar level of response to testosterone therapy.

“Testosterone treatment appears to be effective and efficacious in reducing depressive symptoms in men, particularly when higher-dosage regimens were applied in carefully selected samples.”

This will not be the end of the debate, however. The authors are quick to mention that, because of the diverse character of the studies that they analyzed, “more preregistered trials are needed that explicitly examine depression as the primary endpoint and consider relevant moderators.”

Further studies and larger pools of data are needed before we can arrive at a definitive answer to the testosterone-depression conundrum.