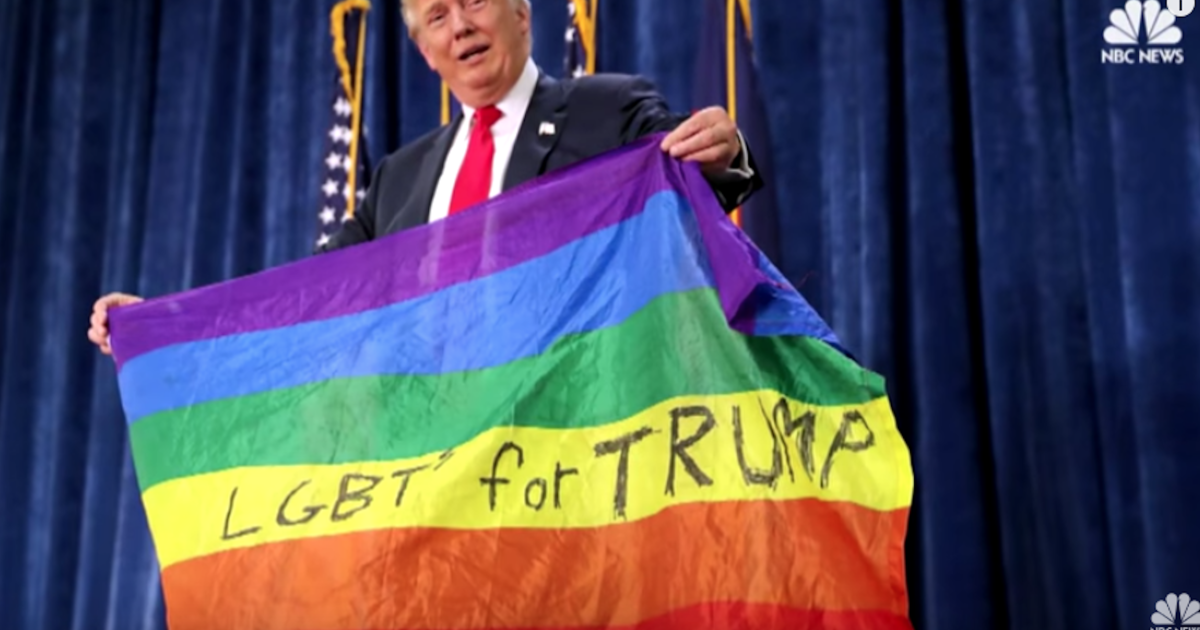 The president of the Human Rights Campaign, Alphonso David, has called President Trump the “worst president on LGBTQ issues ever.” Yes, seriously.

But nobody else should take that claim seriously.

The 2020 Democratic presidential candidates have all echoed this tune, albeit with slightly less extreme language, decrying the Trump administration as supposedly hateful and homophobic. But this narrative has always been wildly exaggerated, and Trump’s new budget proposal puts the lie to it more than ever. Would a homophobic president be fighting for record levels of anti-HIV funding?

That’s what Trump is doing with his $ 4.8 trillion budget proposal released Monday afternoon. Sure, there’s lots to criticize about the budget broadly — it’s not exactly fiscally conservative — but when it comes to assessing Trump’s “homophobia,” it sure does undercut the liberal narrative. Policy is ultimately what counts, and as reported by the Washington Examiner, the president’s budget calls for $ 716 million in anti-HIV funding, $ 425 million more than Congress had granted.

That’s right: Trump is fighting to end the HIV crisis. Not exactly what an anti-gay villain would do, huh?

This comes after Trump already secured free HIV prevention medication for 200,000 people and vowed to expand access to the life-saving medication to half the vulnerable population by 2025. It appears that this issue is a priority for the president.

“$ 716 million in new money is a serious investment in this program,” administration official Brett Giroir said. “[Trump] never fails to ask about HIV. … ‘How is the progress going, and what needs to be done?’”

The sad part is that almost all the liberal gay and transgender activist groups and Democrats who would be worshiping a President Hillary Clinton if she had made the exact same move on HIV funding won’t praise Trump, and some might even condemn him. (That’s what the Human Rights Campaign and the liberal media did when Trump announced an international initiative to decriminalize homosexuality. Yes, really.) Liberals will never give Trump credit on this, but I will.

The president’s leadership on ending the HIV epidemic will save thousands upon thousands of gay people’s lives. In that, Trump will have accomplished more for the gay community than most of his woke activist critics will in a lifetime.