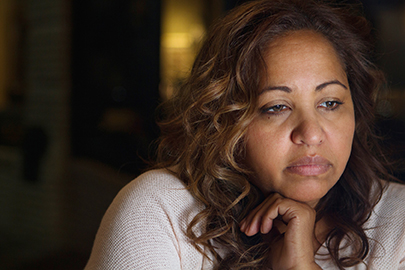 Over the last few years we have heard a great deal about neurosteroids, also known as neuroactive steroids.  This class of compounds are steroid hormones produced in the brain and endocrine tissues which can modulate neurotransmission.  Animal studies have demonstrated that neurosteroids have a broad range of activities, including antidepressant, anxiolytic, sedative, analgesic, anticonvulsant, neuroprotective, and neuroproliferative effects.

While we have known about neuroactive effects of steroids since the 1940s, it has been difficult to replicate the beneficial effects of naturally produced neurosteroids with similar compounds synthesized in the laboratory.  Several different neurosteroids have been tested as anticonvulsants and anaesthetic agents; however, we have seen the most  robust clinical findings with several different derivatives of allopregnanolone used as antidepressants.   One of these allopregnanolone analogues, brexanolone, was approved last year by the FDA for the treatment of severe postpartum depression and is now being marketed as Zulresso (Sage Therapeutics).

Allopregnanolone is produced by the human body as a byproduct of progesterone.  Some have speculated that shifting levels of allopregnanolone may play a role in the pathophysiology of reproductive hormone-associated mood disorders, including premenstrual dysphoric disorder (PMDD) and menopausal depression.  Given the positive results of brexanolone for postpartum depression, there has been considerable interest in exploring the effectiveness of similar neurosteroids in women with other types of reproductive hormone-associated mood disorders.

In a new study, Dr. Marlene Freeman and colleagues at the Center for Women’s Mental Health will investigate the effectiveness of pregnenolone, a neurosteroid which is a derivative of progesterone, for the treatment of depression during the menopausal transition.  Pregnenolone is produced in the body and is involved in the synthesis and metabolism of other steroid hormones, including progestogens and estrogens.  Pregnenolone is biologically active and modulates various neurotransmitter systems, including the endocannabinoid system. Its metabolite pregnenolone sulfate is similar to brexanolone and acts as a negative allosteric modulator of the GABA-A receptor and is also a positive allosteric modulator of the NMDA receptor.

Both preclinical and human data suggest that pregnenolone may be a promising treatment for depression. Dr. Freeman’s study will test the effectiveness of pregnenolone in women with menopausal depression.

Eligibility: This study is recruiting women between the ages of 40 and 67 who are perimenopausal (changes in menstrual cycle and/or physical symptoms of menopause) OR early postmenopausal (within 5 years of the last menstrual period).

Study Participation: Participants will be randomized into one of two treatment groups (placebo or pregnenolone) and will be asked to complete questionnaires about mood, cognitive function, demographic and medical history, psychiatric history, and menopausal symptoms.  All evaluations and medications included as part of this study would be provided at no cost.

Compensation: Up to $ 390 for participating in the 16-week study.

For information, you can contact Lauren at LKOBYLSKI@mgh.harvard.edu.  You can also read more about this study HERE.