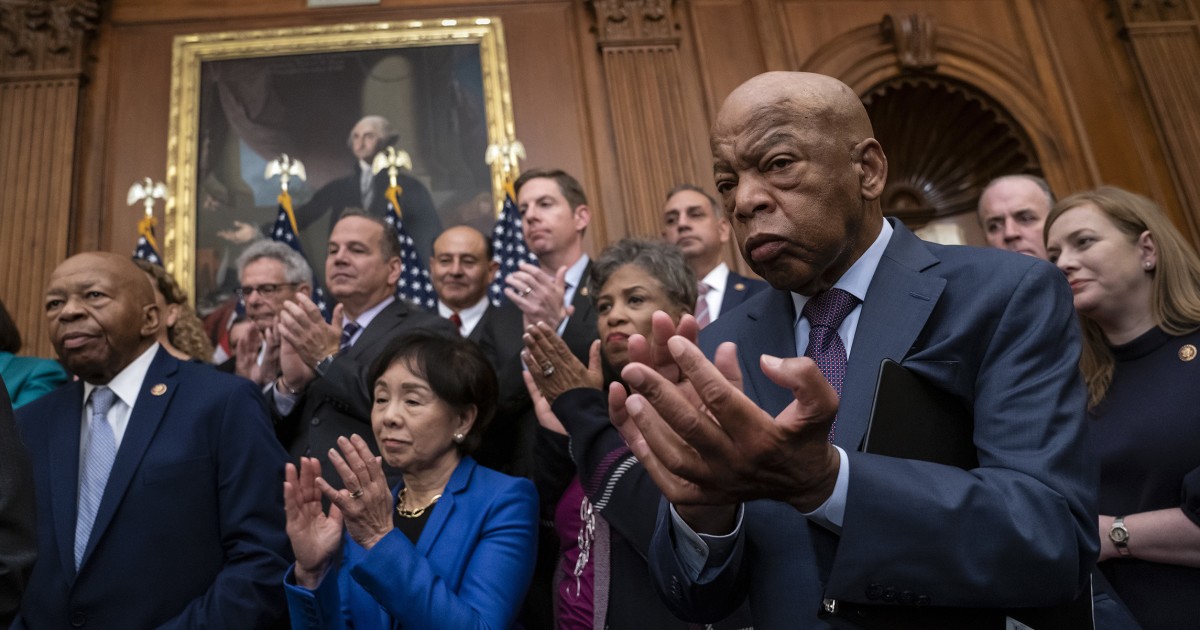 House Democrats approved a resolution Wednesday to have the chamber’s counsel defend Obamacare in a legal case seeking to undo it, a move intended to underscore Republican actions to gut the healthcare law.

The resolution, called the Restoring Congress for the People Resolution, passed 235-192, with three Republicans voting in favor. It affirms the counsel’s authorization to defend the law, formally known as the Affordable Care Act, on behalf of the House. The impact of the House’s actions are largely political, and aren’t likely to weigh heavily on the outcome of the lawsuit.

Instead, Democrats aimed with the vote to keep the spotlight on Republicans who ran campaigns during the midterm elections telling voters they were devoted to keeping in place Obamacare’s protections on pre-existing illnesses. They put Republicans in a difficult position of voting to defend a law they have vowed to replace, while also making them demonstrate whether they were really committed to the promises they made on pre-existing conditions.

Obamacare rules obligate insurers cover people with pre-existing conditions, such as cancer or diabetes, at the same price as they cover healthier people. The law also mandates a range of medical coverage and guarantees for which sicker patients cannot be refused coverage. The provision is one of Obamacare’s most popular among voters, even though it has contributed to higher premiums for certain enrollees.

A federal judge issued a ruling in December that not only would undo rules on pre-existing conditions, but the rest of Obamacare as well. The ruling is being stayed, and Democratic attorneys general are appealing the case, known as Texas v. United States, to the U.S. Court of Appeals for the 5th Circuit in New Orleans.

Republican state officials who waged the initial lawsuit want the law to be thrown out as a result of the tax law that zeroed out the fine for the uninsured. They argue that without the provision the rest of the law must fall, and the federal judge, Reed O’Connor, agreed.