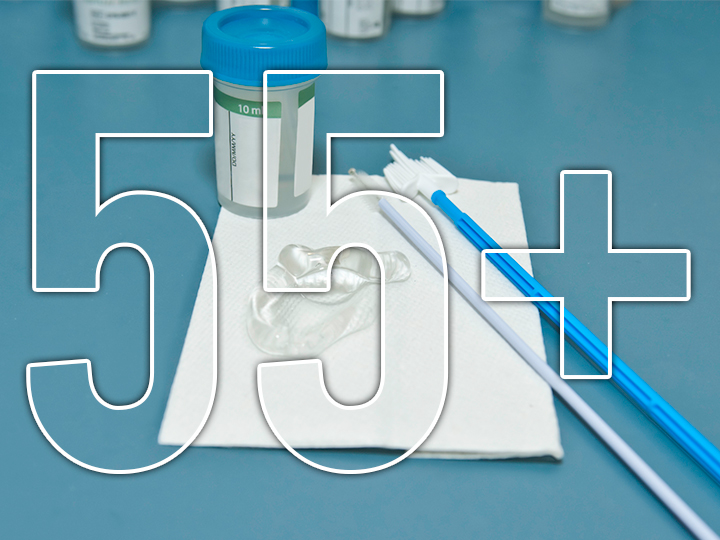 Women who test negative for human papillomavirus (HPV) at or after age 55 can likely forego cervical cancer screening for the rest of their lives, a new modeling study suggests.

Although the risk for cervical cancer later in life could be decreased by screening women until age 75, the study model showed that women who test HPV DNA negative to 14 high-risk HPV types and stop screening at 55 have a remaining lifetime cervical cancer risk of less than 1%, reported Talia Malagon, PhD, of McGill University in Montreal, and colleagues in Lancet Oncology.

“Our study does not necessarily suggest that all screening should stop at age 55, since the benefits of continued screening depend on the type of screening used. For countries that still use cytology screening, screening at older ages should further reduce the risk of cervical cancer,” Malagon said in a press release. “However, our results suggest that for countries that use HPV testing as part of their screening, it might be possible to stop screening earlier than we are currently doing, provided women have a negative HPV test.”

The U.S. Preventive Services Task Force recently published a review of evidence showing that women older than 65 do not benefit from cervical cancer screening, provided that they were adequately screened in the past. However, according to Malagon’s group, there is a lack of high-quality evidence to support this type of recommendation.

In an accompanying editorial, Paolo Giorgi Rossi, PhD, of AUSL-IRCCS di Reggio Emilia in Italy, wrote that setting an age to stop cervical cancer screening is logical and a decision that should be made soon.

“To our knowledge, no data have been previously reported to support the chosen upper age limit to stop HPV-based cervical cancer screening,” he wrote.

“Malagon and colleagues provide us with the data, and surrounding uncertainty, that are useful to guide decision making on the basis of the evidence, resources, and values we have,” Rossi continued. “What does society consider the threshold of acceptable incidence of cancer in older women, given the available resources?”

For their study, Malagon and colleagues used a mathematical model to estimate the lifetime risk of cervical cancer in older women who had not been vaccinated, using Canadian health data on cervical cancer incidence rates and HPV prevalence.

Without undergoing any screening for or vaccination against cervical cancer, the model predicted a lifetime risk for diagnosis of 1 in 45 women. This risk was reduced to 1 in 532 for women who underwent cytology screening every 3 years from ages 25 to 69.

Among women without the HPV vaccine, typical adherence to cytology screening and cessation of screening at age 55 translated into a lifetime risk of cervical cancer of 1 in 138 compared with a reduced risk of 1 in 160 when screening continued to age 70.

A 70-year-old woman with negative cytology and HPV tests had the lowest remaining lifetime risk at 1 in 9,550, a more than 18-fold reduction.

To Rossi’s point, the model describes various options in terms of risk, but a threshold for what might be considered acceptable in this patient population has yet to be determined.

The study was in part funded by a grant from the Canadian Institutes of Health Research (CIHR).