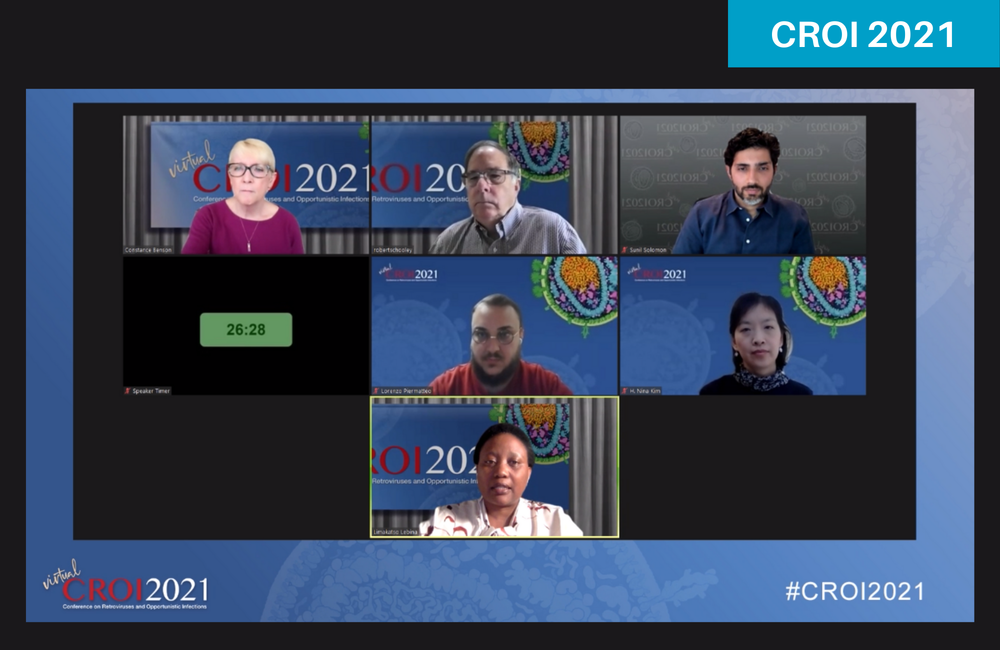 Screening everyone with HIV and others at high risk of TB for active tuberculosis increased TB diagnosis rates by 17% compared to testing people who had potential symptoms of TB such as cough and fever, Dr Limakatso Lebina of the University of Witwatersrand reported to the 2021 virtual Conference on Retroviruses and Opportunistic Infections this week.

TB is under-diagnosed in people with HIV in sub-Saharan Africa, where it remains the biggest killer of people with HIV. Around 150,000 cases of TB are missed each year in South Africa – almost half the entire burden – and these people die or transmit TB to others before their illness is detected.

TB screening in most resource-limited settings relies on asking people if they have experienced a cough lasting more than two weeks, fever, night sweats, or weight loss. This symptom screen performs poorly in identifying TB cases in people on antiretroviral treatment, where it misses around half of all cases, and very badly in pregnant women with HIV, where it misses 70% of TB cases.

A second test, to show that the result of a previous test was correct. Because the diagnosis of HIV infection is so important, a second (confirmatory) test, is done. The confirmatory test should be of a different type than the first test.

A drug-resistant HIV strain is one which is less susceptible to the effects of one or more anti-HIV drugs because of an accumulation of HIV mutations in its genotype. Resistance can be the result of a poor adherence to treatment or of transmission of an already resistant virus.

Active disease caused by Mycobacterium tuberculosis, as evidenced by a confirmatory culture, or, in the absence of culture, suggestive clinical symptoms.

In a bacteria culture test, a sample of urine, blood, sputum or another substance is taken from the patient. The cells are put in a specific environment in a laboratory to encourage cell growth and to allow the specific type of bacteria to be identified. Culture can be used to identify the TB bacteria, but is a more complex, slow and expensive method than others.

The TB symptom screen was developed in the late 2000s when laboratory tests were out of reach in most resource-limited settings. Over the past 15 years international donors and governments in southern Africa have invested in the Gene Xpert diagnostic platform. The Xpert Ultra MTB/RIF test uses affordable, rapid nucleic acid testing to test for TB and identify drug resistance. Using Xpert Ultra MTB/RIF testing as the primary test for TB, rather than as a confirmatory test after screening, and screening everyone at high risk of TB, has the potential to improve rates of diagnosis.

The Targeted Universal Testing for TB  (TUTT) study was designed to investigate whether screening everyone with HIV, anyone with a history of TB in the past two years and anyone who reported close contact with a TB case in the past year would increase TB diagnoses by 25%. Preliminary findings from the study, presented at the 2020 Union World Conference on Lung Health, showed that approximately half the TB cases diagnosed using Xpert Ultra MTB/RIF were in people without TB symptoms.

The study was carried out in primary health care clinics in Kwazulu Natal, Western Cape and Gauteng provinces. Thirty clinics were randomised to carry out symptom testing for TB. Thirty were randomised to carry out targeted screening, plus testing of for people who did not have a risk factor but had symptoms. People with risk factors were tested using Xpert Ultra MTB/RIF and liquid culture, while people with symptoms in both study arms were tested using Xpert Ultra MTB/RIF.

The study enrolled 32,000 patients in the intervention clinics, 71% living with HIV. Participants were predominantly female (62%) and 28% had TB symptoms. Forty-one percent had a contact with TB and 5% had been diagnosed with TB in the past two years.

Cost-effectiveness analysis of targeted TB testing will be reported at a future scientific conference.