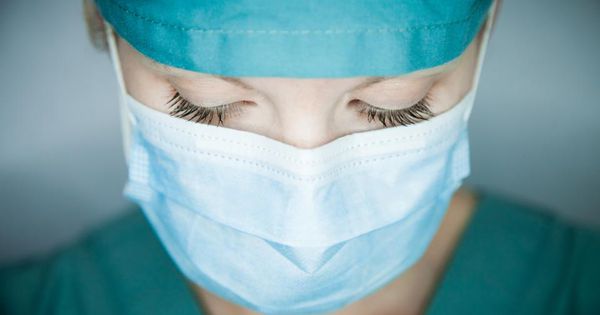 According to a recent Harvard report, physician burnout is “a public health crisis that urgently demands action.”

Half of all doctors report troubling symptoms: depression, exhaustion, dissatisfaction and a sense of failure. These physicians are twice as likely to commit a serious medical error, research finds. Experts predict that if left unaddressed, burnout will further erode the mental health of doctors and radically undermine patient care.

At medical conferences and on social media, clinicians of every specialty line up to offer their thoughts on, and remedies for, this growing threat. But despite the sense of urgency and abundance of opinion, the problem, itself, is scantily understood and ill-defined. One systematic review of the scientific literature found 142 different meanings for the term “burnout” in a clinical context.

If there’s one thing doctors agree on, it’s the source of the problem. Burnout, they say, is the result of our broken healthcare system.

The System As A Scapegoat

Indeed, when surveyed about the causes, clinicians point to a collection of systemic obstacles placed in their way: too many bureaucratic tasks, too much government interference, too little pay, too many hours at the office and too much time in front of the computer.

No doubt, these systemic issues are major contributors to physician dissatisfaction. But these aren’t the only factors causing or exacerbating the burnout problem.

Perhaps the thorniest issue in medicine is one you won’t see in social media threads or hear about at medical conferences. In my time as a physician, medical educator and healthcare CEO, I have observed an intensifying clash between the advances of medical science and the stubbornness of medical culture.

This clash is harming both doctors and patients.

This column and the next two will closely examine our nation’s broken medical culture and its untold role in the physician burnout crisis. My hope is that shedding light on previously unspoken truths will help change medical practice, improve patient health and alleviate some of the pain doctors feel. Part one of this series examines the interplay between the medical community and clinical performance data.

Prior to the 21st century, it was assumed that all doctors (with rare exception) were highly skilled and effective. That began to change in the early 2000s as electronic health records came into practice. Their computing power enabled healthcare leaders and payers to track a huge range of metrics: from blood-pressure control to blood-glucose management to cancer prevention.

Read More:  How is cholesterol causes

This newly codified data revealed an uncomfortable truth: Not all doctors perform at the top of their specialty. In fact, only handful today are achieving superior results. Some physicians are reducing patient deaths from stroke, heart disease and cancer by 30% to 50% compared to other doctors in their state, community and even their own medical group.

To spotlight these fluctuations, the “comparative-performance report” was born. At lunch-and-learn sessions, and in personalized letters from insurance companies and government payers, doctors began receiving regular input on their clinical performance. Among physicians, these reports have become a source of frustration, anxiety and dissatisfaction—all symptoms associated with burnout.

Nowhere is the conflict between doctors and data more apparent than in the field of primary care. That’s not because primary care doctors perform worse compared to other specialties (the opposite is true). Rather, the tasks associated with primary care yield far more data points upon which to make comparative judgments. This fact puts these doctors at the center of an intensifying clash between medical culture and medical science.

Why Metrics Clash With Medical Culture

As clinicians and scientists, doctors fundamentally understand that data and evidence-based recommendations improve the health and longevity of patients. Yet comparative-performance reports generate unhappiness and resentment, clashing with traditional medical culture in two important ways.

The first clash has to do with the rift between what the reports emphasize and which aspects of medicine doctors value most.

For decades, the nation’s top medical students were drawn to primary care for the fulfillment of learning to make difficult medical diagnoses. Mastering this skill required an intricate blend of creativity, intuition and experience. But with the introduction of ultrasounds, MRIs and other sophisticated tools, primary care physicians now spend much less time unraveling diagnostic conundrums.

Instead, they focus more time and energy trying to prevent disease and manage chronic illnesses. The tools for these tasks are impressive in their design and effectiveness. Thanks to advances in science, primary care doctors today are equipped with evidence-based approaches powered by computerized algorithms that produce superior clinical outcomes and save patient lives. But to primary care doctors, it all feels like “cookbook medicine.”

Medical culture has always valued the autonomy, personal experience and creativity of the physician. By contrast, achieving the best comparative-performance scores is a matter of adhering to a series of prescriptive steps. And consistently following these guidelines feels robotic and demeaning to doctors.

The second conflict has to do with how physicians receive and perceive the comparative-performance data.

On the reports, every doctor (in the organization or community) is ranked from highest to lowest on each metric. Imagine looking down the list of names and seeing yourself in the middle of the pack. You might have been an “A” student throughout high school and college, but these centralized metrics now suggest something rather upsetting. Compared to other U.S. doctors, you’re an average performer. Translated into academic terms, you’re a “C” physician. You’ve never received an average grade in your academic career. This one feels like a kick to the stomach.

The reality is that comparative-performance reports don’t inspire doctors to improve on behalf of their patients. Rather, they cause them to compete with others in their specialty, encouraging doctors to view their colleagues as threats—the way Olympic figure skaters view their rivals. This experience of being ranked (a process replicated monthly or quarterly) erodes the physician’s love for practicing medicine.

How Doctors Can Re-frame Comparative Data And Reclaim Their Purpose

On the Fixing Healthcare podcast, former CMS administrator Don Berwick told me that American healthcare needs to go on a measurement diet.

“I call for a reduction in the amount of measurement in American healthcare by 75 percent over a four or five-year period,” he said, delivering one of the most popular ideas ever presented on the podcast.

But if there is a case to be made for the number of performance metrics currently in place, it’s this: Almost every doctor is excellent in some areas while falling short in others. Applying this to primary care, physician leaders can use outcome data to identify areas of strength for each doctor. They can then encourage those with superlative skills to help others improve.

Recognizing the value of teamwork, doctors might think of incorporating a concept I refer to as “Group Excellence.”

The Group Excellence model emphasizes the value of collaborative performance. Rather than pitting doctors against each other, they’re encouraged to ask: How can we maximize the health of our patients? How can we work together to improve the performance of all?

Read More:  In Baseball, Lessons in Loyalty and Tolerance

Although consistently poor performance must be addressed to protect patients, this shift in focus—from “failure spotting” to “strengths finding”—helped physicians in The Permanente Medical Group (TPMG) rapidly improve their clinical outcomes during my tenure as CEO. Using this approach, we achieved the top U.S. ranking for quality scores from the National Committee for Quality Achievement (NCQA). And whereas overall physician satisfaction rates throughout the United States declined from 2007 to 2017, more than 90 percent of TPMG physicians remained “very satisfied” with their work, according to internal surveys.

The time has come to re-frame medicine’s approach to performance metrics. It begins by acknowledging the difficult reality that 50% of all doctors score in the lower half. This causes many physicians to experience shame and disappointment. It doesn’t have to be this way.

Stanford researcher Carol Dweck found that all of us subscribe to one of two mindsets. In a “fixed mindset,” people believe their basic qualities—say, their intelligence or talent—are finite. This is consistent with the traditional culture of medicine, which has always assumed you either “have it” or you don’t.

In a “growth mindset,” people believe their abilities can be developed. This view creates a love of learning and fuels a drive for greater accomplishment.

As healthcare organizations move toward more integrated care-delivery models, leaders have an opportunity to embrace this growth mindset and, thereby, bolster collaboration over competition. By emphasizing the tremendous impact these metrics have on the health of patients—while also celebrating the group’s overall improvements—leaders can reconnect physicians with the fundamental mission of medicine.

When culture clashes with science, the only way to protect patients is to change the culture. Helping physicians be part of the solution offers the best opportunity for success.

Granted, doctors are right to complain about cumbersome insurance forms, high patient volumes and other systemic barriers to better healthcare delivery. But as long as they see comparative data as nothing more than “metrics,” and as long as physicians falsely interpret the rankings as measures of individual self-worth, the burnout problem will persist.

Doctors have an opportunity to fundamentally change the culture of medicine. By embracing data as an educational tool, and by working together to strengthen their collective performance, today’s physicians can improve patient health, boost clinical camaraderie and diminish the symptoms of burnout.