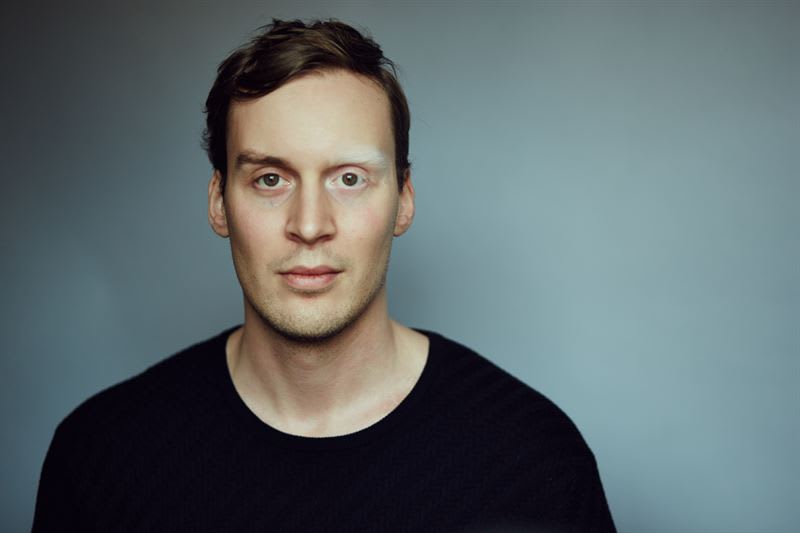 In a new series, CNBC Make It speaks to young entrepreneurs who are pivoting their businesses, or starting anew, to address some of the challenges raised by the coronavirus pandemic.

The race is on to combat the coronavirus.

Since the outbreak was first identified at the start of this year, pharmaceutical giants and institutions have been grabbing headlines as they roll out trials at breakneck speed. But behind the scenes, many more businesses have been playing their part to keep the virus under control and identify symptoms at source.

That has sparked major innovations in the field of medical technology, with repercussions likely to be felt long into the future. CNBC Make It spoke to three start-up entrepreneurs to get the pulse on how they’re changing the face of healthcare under the pandemic.

How the doctor will see you now

The World Health Organization describes medical technology, or medtech, as the use of knowledge and technology in devices, medicines, and procedures to advance human health.

One aspect of that which has been vital lately is telemedicine — or remote health-care services — as more people seek medical advice from the safety of their homes.

That’s a function 32-year-old Swedish entrepreneur, Johannes Schildt, and his co-founders have been providing for the past five years with their medical video consultation service, Kry. Also known as Livi in English-speaking markets, the platform connects users in Europe with qualified doctors as an alternative to in-person care. But since the outbreak, that offering has taken on new significance, said Schildt.

“(Now) with the rather sad backdrop of a pandemic, it’s starting to be painfully obvious for a lot of people that this is a crucial part of their health-care infrastructure.”

Read More:  Google Health is finally opening up about its plans, and they're all about search

Between February and April, as more and more countries entered lockdown, demand on the app surged 160%, both for Covid-19 queries and general care. Meanwhile, more health-care professionals joined the platform to supplement their incomes.

It has really opened the eyes of a lot of people … what we have been doing for five years is really a good thing.

The growing need for remote health-care services has also led to an easing of regulations, which traditionally prevented the adoption of telemedicine in some markets. Schildt said he hopes the move could help make digital health care more accessible. In April, the company rolled out Livi Connect, a free basic service, to users in the U.S.

“You’ve had nations that were not allowed to do telemedicine, and it was not reimbursed. But this is now rapidly changing across the globe,” said Schildt. “It has really opened the eyes of a lot of people and entities that what we have been doing for five years is really a good thing.”

The recent evolution of medtech has also led to a wave of wearable devices designed to put individuals’ health data in their own hands.

Ranging from watches to rings, the devices collect physiological data — such as changes in heart rate, body temperature and sleep patterns — to provide a picture of a user’s overall health. But during the pandemic, some have also helped identify early symptoms of Covid-19.

That was the case for Finnish smart health tracker Oura. Indeed, while the titanium Oura ring had been successful in predicting previous flu seasons, CEO Harpreet Singh Rai said the company was first alerted to the device’s coronavirus capabilities by a user.

The man had returned from a skiing trip in early March when a drop in his Oura “readiness” score prompted him to go for a coronavirus test.

“He described himself as asymptomatic, which he thought made this virus so dangerous,” said Singh Rai. “(He) told people about his experience with Oura and seeing such meaningful changes in data that allowed him to understand that he may be sick.”

If someone is really elevated on the risk score … they suggest that a second test be done.

In light of the discovery, the company is now finding ways to use that data to help detect cases among frontline workers and general users. That also includes partnering with athletes to get the sports calendar back on track.

According to Singh Rai, the NBA bought more than 1,000 rings in June, which cost upwards of $ 300 each, as their season resumes at the end of the month.

“We work really, really hard with both the NBA and the NBPA, which is essentially their union, to make sure that players felt secure about their data,” said Singh Rai.

“(So) our team came up with this idea of a risk score,” he continued. “If someone is really elevated on the risk score, they … call the team medical doctor and they suggest that a second test be done for Covid.”

As medtech devices become more widely used, they also present opportunities to improve medical research. In the face of new and unpredictable diseases like the coronavirus, that research is vital to help stop the spread.

That’s something 30-year-old Lea von Bidder, co-founder and CEO of Swiss women’s health company, Ava, aims to help with — by offering insights on how Covid-19 affects different groups of society. Specifically, that includes the impact on women.

“In the past we’ve had the issue where women weren’t included in clinical studies because they were quote, unquote ‘too complex’ for whatever was studied,” said von Bidder.

The company’s flagship product, the Ava Bracelet, launched in 2016 to help women track their fertility cycles. It has since helped more than 30,000 couples get pregnant in Europe and the U.S.

Now, von Bidder and her team are using that anonymized data to provide a clearer picture of women’s physiological patterns.

We understand the ‘normal’ for women really, really well, which is important now when we look at Covid.

“I think what’s interesting with us coming from this fertility, menstrual cycle background, is that we understand the ‘normal’ for women really, really well, which is important now when we look at Covid,” she said.

Meanwhile, the multi-sensory bracelet is also being put to use in various pan-European studies to monitor how it might detect changes in a wider cross-section of society.

Don’t miss: These millennials are reinventing the multibillion-dollar education industry during coronavirus