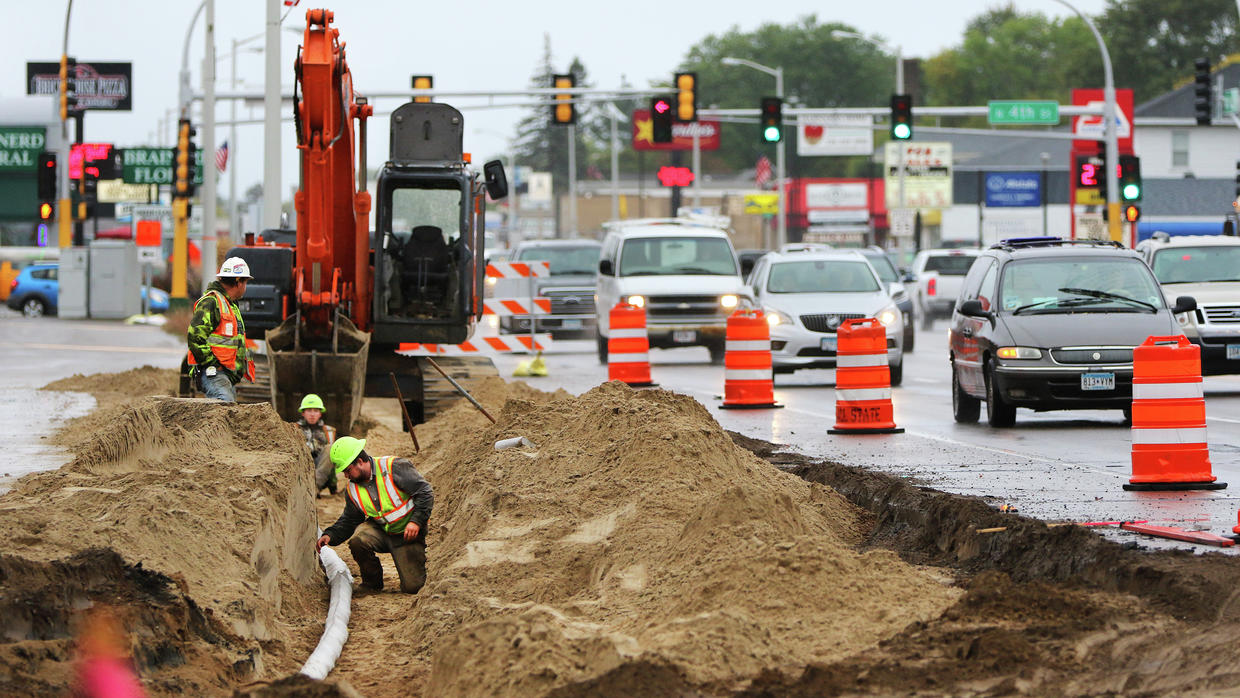 There were a number of factors at play here, according to area city officials and project supervisors in the weeks leading up and during construction season—a litany of aging and/or decrepit roadways in need of extensive repairs, all of it pushed back six weeks by a stubborn winter, then delayed again by spring showers; projects crammed together during the warmer months when these kinds of initiatives just have to get done before old man winter returns.

Take into account that multiple municipalities unveiled a laundry list of projects for 2018—most prominently, the conjoined twins of Baxter and Brainerd—and it’s easy to see why there were entire portions of the micropolitan area walled off with traffic cones and striped barriers, spangled in effervescent shades of orange and rumbling with gargantuan diesel equipment.

Projects, projects, projects galore—from South Sixth Street (rebuilt from the sewers up to the signs); to new roundabouts for Excelsior Road and the first steps of the larger Cypress Drive corridor project; alongside both College Road and College Drive, stretches of highways 210 and 371, as well as nearby commercial roadways in Baxter; Edgewood Drive, Golf Course Drive, County Road 3 and a host of residential streets, filled potholes and seal coat patch-ups to boot.

And so, with the incoming rush of snowbirds and summer tourists, log-jammed intersections had the appearance of prolonged standoffs. Local drivers leaned heavily on back roads and shortcuts. They did what they could. While, on the other hand, some drivers cut through lawns and sped through residential streets to avoid the orange barriers, leaving ruts and endangered children in their wake.

Read More:  To Be Healthy Is to Be Loving

With all this considered, it’s little wonder that project managers like Joe Cameron—a seasoned veteran from the Minnesota Department of Transportation, sporting more than a half century of construction experience under his belt—would become lightning rods for the complaints of frustrated motorists, irritated residents and anxious business owners.

“I’ve heard plenty,” Cameron told the Dispatch in early August. He gave a chuckle. “None of it’s repeatable.”