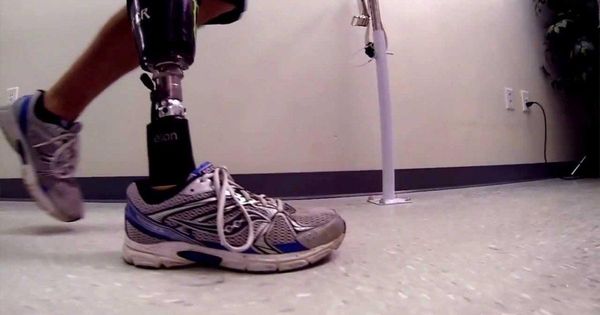 The most intriguing aspect of the recent Connected Health Conference was the eclectic mix of corporations claiming cutting-edge expertise in the Internet of Medical Things (IoMT).

HP, a legend in computer hardware, was touting a service that scoops data from Web-enabled home devices such as bathroom scales up into the cloud and then manages the information on behalf of your doctor. This presumably fulfills their corporate vow to “engineer experiences that amaze.”

Verizon, not content with deploying its cable TV clout to “deliver the promise of the digital world,” is connecting to a chip on the lid of your pill container and monitoring whether you’re taking your medications.

Even Deloitte, rooted in corporate auditing, has translated its anodyne assertion that “we are continuously evolving how we work” into a partnership with Google. DeloitteASSIST uses machine learning to translate verbal requests from hospital patients into triaged messages for nurses.

What the estimated 3,000 attendees and 225 exhibitors from some 50 countries shared was a lust for Internet gold. Within the Internet of Things – everyday objects made “smart” with sensors and connectivity – the fast-growing IoMT has generated particular excitement. The IoMT market is expected to reach $ 136.8 billion by 2021, according to a report from Allied Market Research.  It should continue to expand rapidly due to the increased availability of wearable smart devices, improvements in analytics and the spread of high-speed Internet.

Equally important is the demand side of the equation, symbolized by an aging population with high rates of chronic disease. According to Parks Associates, nearly half of U.S. households with broadband own some sort of connected health device. Partners HealthCare vice president Joseph Kvedar cautioned that there won’t be enough doctors and nurses for that elderly population without embracing appropriate use of technology.

“We’re going to run out of people to care for old people if we do not change the one-to-one care model,” said Kvedar, a physician who headsPartners’ Center for Connected Health. Kvedar launched the eponymous conference, which has merged with a meeting from the Personal Connected Health Alliance.

Doctors should ask “Does that patient need to be in front of me right now?” Kvedar added, and then learn “to start delegating things to computers and save the human part for us.”

Focusing on preventive health activities outside the doctor’s office is a natural starting point. One example was a company that offers “WiFi motion analytics” to alert you if, say, your elderly father stays in bed for more than three consecutive hours in the daytime.

Payment policy will play a major role. Medicare for the first time recently authorized reimbursement for remote monitoring, in this case for home health.

The IoMT “is poised to transform how we keep people safe and healthy,” wrote London-based futurist Bernard Marr in a Forbes article earlier this year.  At the same time, “while the momentum of this transformation is increasing, it will require hospital administrators, manufacturers and vendors to work together.”

One example is the group involved in testing and promoting Common Sensing’s GoCap insulin pen, which automatically transmits the time, amount and kind of insulin used. As a recent news article noted, the venture-funded company was founded by two MIT graduates; participated in a pilot run by a drug company and a joint venture between an insurer and a health system; and then recruited a new chief operating officer from the device industry.

But to me, in part for personal reasons, the most intriguing instance of pivoting towards the IoMT future was AT&T’s prominent positioning of a prosthetic foot. When I asked for an explanation from Rod Cruz, a vice president of healthcare industry marketing, I initially became even more puzzled.

The foot, he told me, was designed by “biomedical engineers” at AT&T’s “foundry,” in partnership with a company called Hanger. Why, I wondered to myself, are life science guys employed by a cell phone company smelting metal for a firm making stuff for closets?

Cruz cleared up my confusion. The Foundry is more formally known as the AT&T Foundry for Connected Health and is co-located within Houston’s Texas Medical Center. Hanger is one of the oldest and most respected providers of orthotics and prosthetic devices. And what the Foundry’s biomedical engineers were doing was developing a lightweight data transmission solution that allows a below-the-knee prosthetic to transmit data about its use to clinicians in real time order to address issues such as fit and comfort.

What does AT&T get out of this? The device is connected to its cellular network (though it can work with other networks) and includes an accompanying interactive app.

As it happens, my grandfather had a below-the-knee amputation and a wooden leg – as did Hanger’s founder. My siblings and I as small children used to sit on the floor by my grandfather’s legs and knock on the wooden one. The only thing “connected” about it was the wool stump socks connecting the prosthesis to his real leg in order to ease irritation.

There was, of course, no SIM card. Interestingly, a recent Doonesbury cartoon featured a veteran with an IoMT prosthetic leg similar to, albeit seemingly a bit over-the-top fictionalized, the Hanger one.

Those who let the potential of the cloud clout their judgement do need an occasional dose of reality. As a recent New York Times article warned, the IoT’s promises of  “unimaginable benefits to our health and happiness” come with a catch: “We could be inviting a nightmarish set of security and privacy vulnerabilities into the world.”

True enough. But for now, the IoMT gold rush remains at a full-throated roar. Which companies actually get rich, what lasting improvements in health and health care they provide and the societal trade-offs we make to reap those benefits remain to be seen.