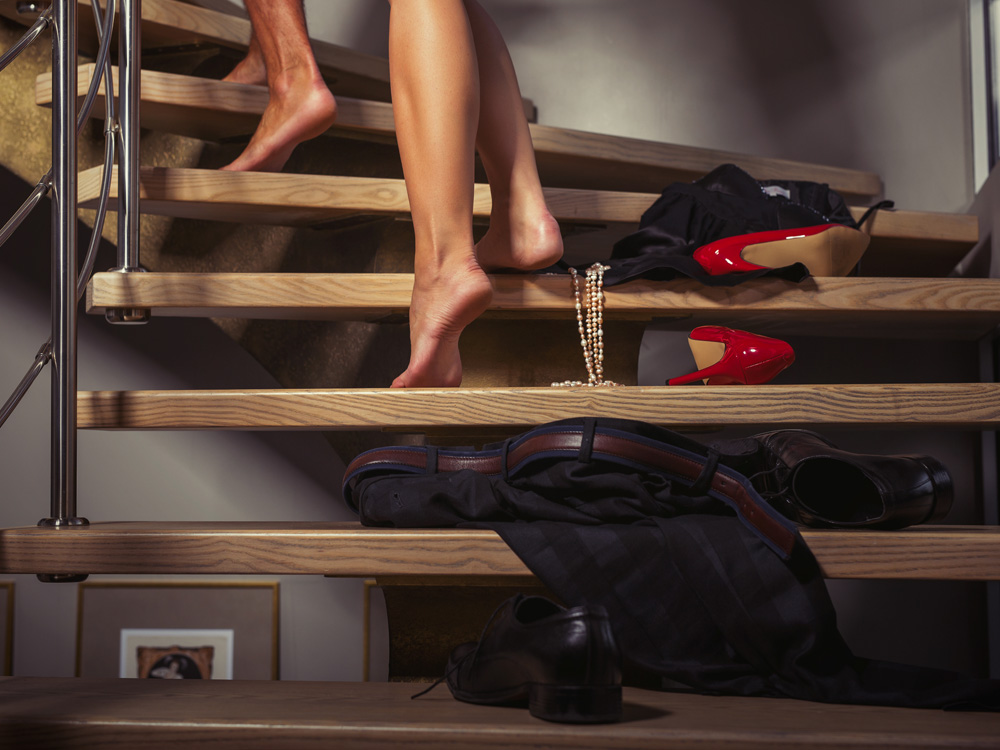 A significant proportion of the population is grappling with a new and controversial disorder: compulsive sexual behaviour, a new study has found. And it’s not just men, as a surprising number of women say they have trouble controlling their sexual urges.

Of 2,325 U.S. adults surveyed, 10 per cent of men and seven per cent of women met the clinical cut-off point for “compulsive sexual behaviour disorder,” a newly named category of sexual pathology that involves a persistent inability to control intense, repetitive urges and feelings, resulting in repetitive sexual behaviour “that causes marked distress or social impairment.”

Until now, rough estimates pegged the condition’s prevalence at somewhere between one and six per cent of the population, with men assumed to be between two and five times more likely to suffer from the disorder than women.

The men and women exhibited the entire range of sexual symptoms, from “problematic” but nonclinical out-of-control sexual behaviour — meaning it doesn’t meet the standard for a formal diagnosis — to a certifiable psychiatric disorder.

But the diagnosis itself — officially added this year to the World Health Organization’s International Classification of Diseases — is controversial.

When do sexual urges, feelings and behaviours cross the line from normal, to compulsive, a pathological brain disorder? As psychologist David J. Ley wrote this year, the official diagnosis “doesn’t indicate a ‘right’ amount, or kind, of sex.”

“Distress that is entirely related to moral judgments and disapproval about sexual impulses, urges or behaviours is not sufficient to meet this requirement,” the definition reads.

Psychiatry has had a long, dodgy and controversial history of determining how to define “out of the norm” sexual behaviour, or even what to call it — hypersexuality, sexual addiction or something else.

“From Tiger Woods to Harvey Weinstein, news articles have conjectured that ‘sex addiction’ is a growing and heretofore unrecognized ‘epidemic,’ while the scientific community debates whether such a problem even exists,” the authors write.

“There is a lot of controversy here, but we wanted to assess the one thing that is common in all these different conceptualizations — the difficulty in controlling sexual urges and behaviour,” said first author Janna Dickenson, a post-doctoral fellow in human sexuality at the University of Minnesota.

Dickenson and her co-authors administered a 13-item screening tool to identify those among their sample (adults aged 18 to 50) who met the criteria for a probable diagnosis of compulsive sexual behaviour. Questions included how often (never, to very frequently) people felt unable to control their sexual feelings and urges, how often they’ve concealed or hidden their behaviour from others and how often they used excuses to justify their behaviour.

The assumption that the phenomenon is predominantly male taps into a “sociosexual culture that underlies conceptualizations of masculine ideology,” the authors write — i.e., that male sexuality is “irrepressible” —  and that when men get access to more sexual ‘outlets,’ they may be more prone to developing compulsive sexual behaviour.

The feminine ideology, by contrast, marks women as “’sexual gatekeepers,’ who are expected to keep sexual urges in check.”

Dickenson said one possible explanation for the smaller-than-expected gender differences might mean compulsive, distressful sexual behaviour is increasing among women in the wake of a cultural shift toward more “permissive female sexual expression,” and the proliferation of online sexual imagery and casual sex. The internet has created once unimaginable access to sexuality, anonymity and relationships — or at least to the illusion of relationships.

It’s possible women were more likely than men to endorse items on the screening tool, such as feeling guilty or shameful about sex and feeling emotionally distant engaging in sex. That fits with what she sees clinically, “and it could be that women are scoring more elevated on those items and that’s therefore driving up their total score.”

The few times she has seen it in her own practice, compulsive sexual behaviour in women doesn’t look all that different from men.

“It’s interfering in the woman’s life, she’s paying for services, she feels a sense of it being out of control,” she said.”In the cases I’ve seen there was a very kind of obsessional component to it, an anxiety-relieving component to it.”

Other researchers have found that difficulties with intimacy and attachment are related to compulsive sexual behaviour.

Read More:  How Much Weight Did We Gain During Lockdowns? 2 Pounds a Month, Study Hints

Comments
Share your thoughts
Natalie Richardson considers herself one of the lucky ones. In 2014, she joined a clinical trial in Toronto and had access to a new cancer medicine for advanced melanoma.
Before I was diagnosed with stage IIIb melanoma in 2014, I had no idea how cancer care worked in our country.
There are few statistics at once as shocking and humbling as the fact that nearly 50 per cent of Canadians will be  diagnosed with cancer at some point in their …
For years, treatments for lung cancer have shown limited progress compared to higher profile breakthroughs in breast and prostate cancer.
The part of me that lurks underneath isn’t finished grappling with this French journalist acting the tough, hard-bitten reporter
The tests claim to be able to identify food sensitivities associated with headaches, lethargy, brain fog, depression and an huge array of other symptoms
We concluded that practically all of western Canada, and the sizeable conservative minority in eastern Canada, were practically unrepresented in the national media
What should not change are the ideas and perspectives that animate the National Post. Its founding insight is as correct today as it was two decades ago