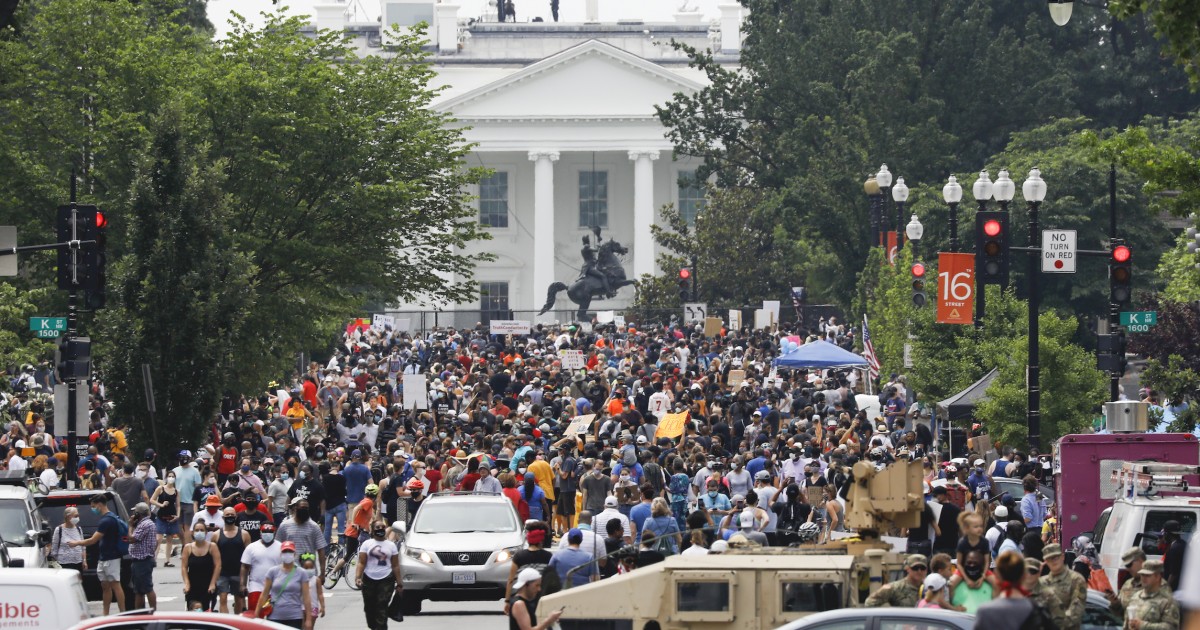 Cities that had large-scale protests against police brutality saw an increase in social distancing as nonprotesters stayed home more, according to a new study that could lower expectations for increased transmission of the coronavirus following the demonstrations.

“Our findings suggest that any direct decrease in social distancing among the subset of the population participating in the protests is more than offset by increasing social distancing behavior among others who may choose to shelter-at-home,” concludes the study, circulated Monday by the National Bureau of Economic Research.

The study used cell phone data to show how many people chose to stay home as protests went on. The researchers found a 0.18-hour increase in the median time spent at home within four to seven days of the start of the protests, meaning that enough people spent more time at home to offset the time spent by protesters out and about. The rate of people choosing to stay home increased as more protests became violent, according to the study, written by economists affiliated with the Center for Health Economics and Policy Studies San Diego State University, as well other economics departments.

Many observers had warned that the large-scale protests could result in new coronavirus outbreaks. Although attendees could compensate for the risks of transmission by wearing masks and maintaining distance from one another, it is difficult to avoid human contact.

Yet the protests also led more people to stay home to avoid traffic and road closures or any violence at the protests.

“We generally find increases in the percent of residents staying at home full-time and time spent at home for both sets of protests, though effects are expectedly stronger when protests are accompanied by media reports of violence,” economists reported.

They added, “Also, if businesses are closed, either due to destruction from looting or as a preventative measure to avoid looting, this could lower the options for out of the home activities for non-attendee.”

Effects on social distancing, economists concluded, are mostly seen after the onset of protests as more people see the value in staying away from large groups crowded in urban centers.