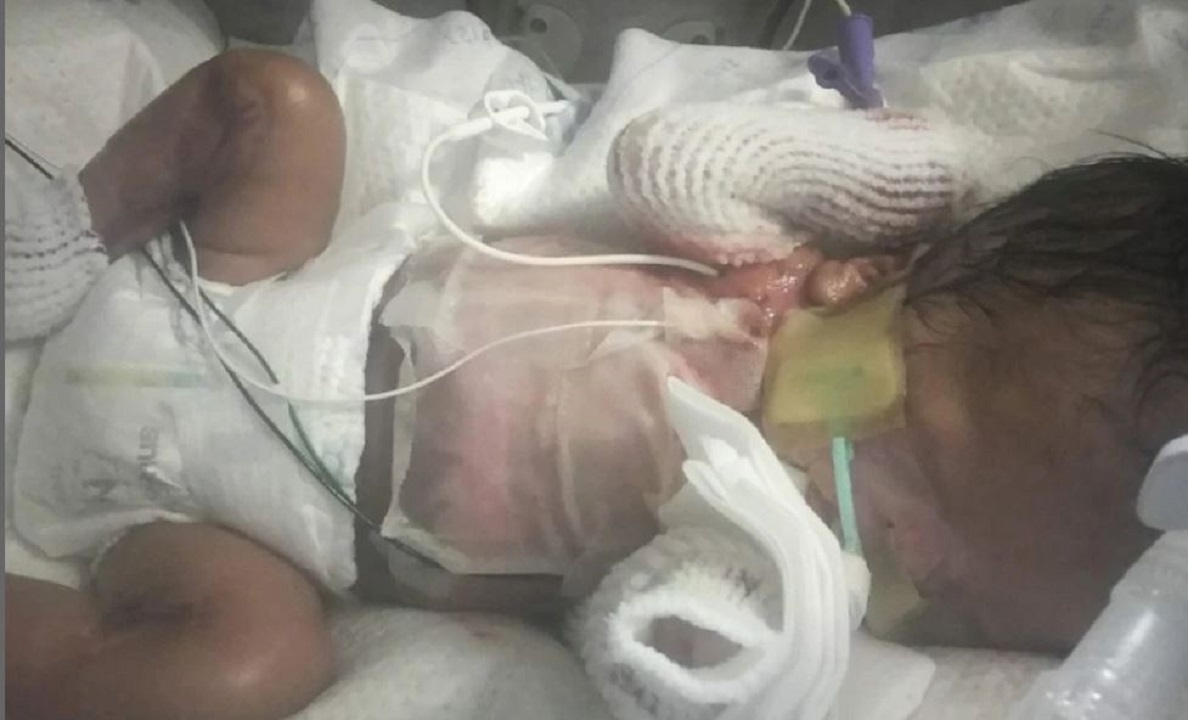 The Texas 5-month-old who has captured hearts worldwide after he was born on New Year’s Day missing most of his skin will reportedly undergo major surgery on Friday to cover areas of his body with skin grown in a lab using his own cells.

Ja’bari Gray, who has been under the care of specialists at Texas Children’s Hospital in Houston since April, was thought to have been born with Epidermolysis bullosa, a genetic skin disorder that varies in severity, but according to the family’s GoFundMe page his condition remains a mystery.

The boy, whose eyes and hands are fused shut, has skin missing on his torso and arms, but has some on his head and legs. Earlier this month his medical team sent a biopsy of his skin to Vericel Corporation in Cambridge, Mass., where researchers used his own cells to grow new skin, Fox 26 reported.

“They grow and divide making a very thin sheet about four-to-eight cells thick across the bottom of the flasks that we grown them in,” Dr. Jon Hopper, chief medical officer at Vericel Corporation, told Fox 26. “We have 24 hours from when it leaves the controlled environment here in Cambridge to when it should be placed on the patient.”

On Thursday, the sheets were en route to Houston for Ja’Bari. The boy’s mother, Priscilla Maldonado, said it’s a step in the right direction for her son, who she hopes will also have his eyes opened during the same procedure on Friday.

“I think that’s going to be one of the main things for him,” she told the news outlet. “When his eyes are open, he gets to put the voices to the actual physical features together. It’s probably going to comfort him a lot more.”

The family has been keeping supporters updated through a GoFundMe page as well as a Facebook page, “Ja’bari’s Journey,” where a post on Friday said that his two older siblings were en route to the hospital to support him through surgery.